Piaf is relying on philanthropists to bring the 2015 festival to life. 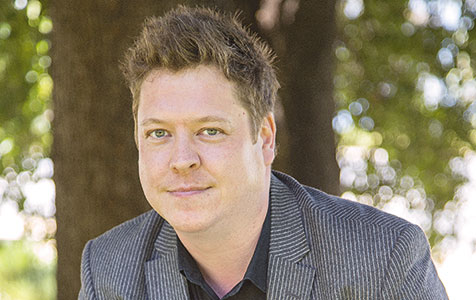 WITH A BANG: Jonathan Holloway’s last Perth International Arts Festival as artistic director will be the biggest ever. Photo: Attila Csaszar

ORGANISERS of the Perth International Arts Festival are making a final push for financial support to get the $22.4 million festival over the line.

The line-up for next February’s event includes The Giants, which features 11-metre tall puppets and costs about $5 million to present.

While a coup for Western Australia, including the French street theatre production in the 2015 program has put organisers under additional pressure.

Artistic director Jonathan Holloway said the Piaf fundraising team still had to secure several hundred thousand dollars in support for the festival to run according to the $22.4 million budget.

The budget for the three-week event next February is $3.4 million more than the 2014 festival budget of $18 million.

Ticket sales for the 2014 festival reached $6 million, which Mr Holloway said was the target box office figure for the 2015 festival.

In terms of corporate partnerships, Mr Holloway said long-term partners such as Rio Tinto, Chevron and Lotterywest were still extremely supportive of the event.

“They’ve all seen over the years a huge return in terms of their positioning in the city and within civic society, as well as meeting their own economic and social agendas,” Mr Holloway told Business News.

The remaining funding is likely to come from philanthropic support, which Mr Holloway said had been growing steadily in WA.

“The amount that people can, and want to, support the festival increases every year,” he said.

“Western Australia is one of the slower parts of the world in terms of philanthropy to get off the ground, but now it’s got it, it’s beginning to fly.”

Mr Holloway told Business News bringing the French production to Perth meant the Piaf team had to undertake simultaneous fundraising campaigns to secure funding specifically for The Giants, as well and longer-term support for the festival as a whole.

“We’ve really had to go for an incremental leap forward in terms of support in order to be able to deliver the largest event we’ve ever done, on top of delivering a festival that is as big as the festivals that have been before,” Mr Holloway said.

“That’s been a real additional push, there’s been absolutely no coasting.

“It’s been about taking the strength and the impetus from everything that’s gone over the past three festivals and then taking it all to the next level.”

Mr Holloway acknowledged there had been occasions when commitments to bring large-scale international productions to Perth did not pay off financially.

Such instances were the result of a failure to undertake sufficiently thorough due diligence, he said.

“When one looks at [those examples] it is an absolute object lesson in everything that you could not have checked going the way you didn’t expect it to,” Mr Holloway said.

“Absolutely everyone has gone into this with our eyes wide open; there’s no guesswork involved in delivery of scale and there’s no Pollyanna-type belief that everything will be fine.

“The festival has tremendous governance.”

The specific fundraising drive for The Giants resulted in funding of $1 million from the James Packer-backed National Philanthropic Fund, which was announced in July and was a deciding factor in the production being included in the 2015 festival.

The full program for the festival was officially made public last week.

Mr Holloway said the program featured acts on both the epic end of the scale, such as The Giants, as well as small intimate productions.

The 2015 festival will be Mr Holloway’s last as artistic director as his four-year term comes to an end.

He said he hadn’t yet contemplated his movements when that time came.

“The six months leading up to a festival isn’t the sort of time that you can be contemplating the future of your career,” he said.

“But I should start thinking about what’s next.”