Phylogica has announced a commercial collaboration with Lions Eye Institute trading under the name Vision Pharma, bringing the biotechnology company a step closer to commercialising its drug delivery technology. 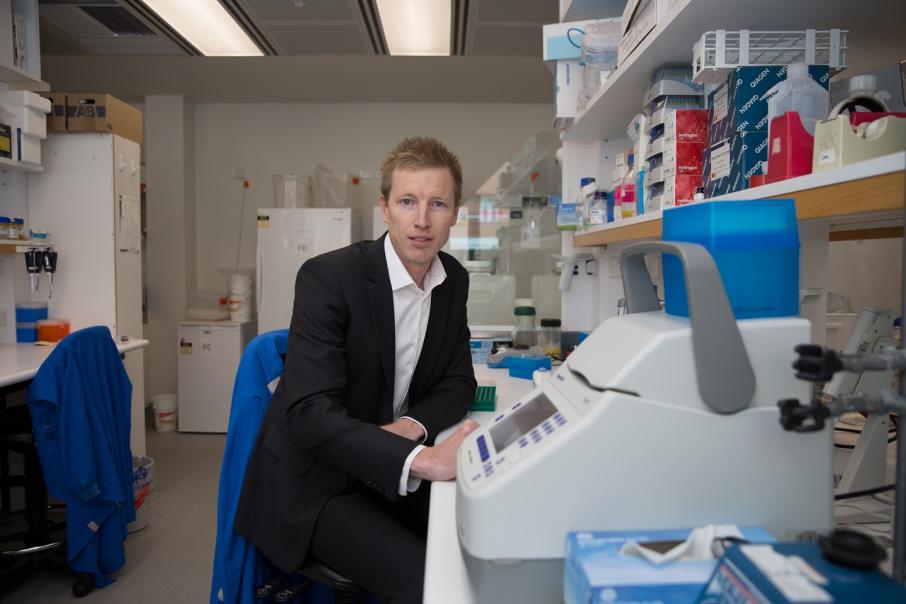 Rohan Hockings has served as chief executive of Phylogica since 2018. Photo: Attila Csaszar

Phylogica has announced a commercial collaboration with Lions Eye Institute trading under the name Vision Pharma, bringing the biotechnology company a step closer to commercialising its drug delivery technology.

Listed on the ASX since 2005, Phylogica, trading as PYC Therapeutics, is led by chief executive Rohan Hockings, specialising in the development of cell penetrating peptides (CPPs) with a focus on developing novel therapies for treating eye disease.

In its announcement, the company said it had taken a key step towards commercialising its technology by collaborating with the Lions Eye Institute, merging its CPP capabilities with anti-sense oligonucleotide (ASO) drugs aimed at treating retinitis pigmentosa.

Phylogica chair Alan Tribe said in a statement the partnership would help further treatments for the disease, which is the leading cause of childhood blindness.

“Importantly it also brings together world class expertise in drug design, delivery and development as well as the treatment of eye diseases,” said Mr Tribe.

“The team that has been created will be capable of achieving much.”

Vision Pharma intends to begin studies into the use of CPP technology with ASO drugs in the first half of 2020.

No alternative treatments currently exist for retinitis pigmentosa, with the target market for treatment estimated to be worth US$1 billion (AU$1.5 billion) per annum.

As part of the collaboration, the company also announced the appointment of Professor Sue Fletcher as part-time chief of research and development.

A principal research fellow at Murdoch University since 2013, she has previously worked with the University of Western Australia and specialises in the research of splice switching, molecular genetics and gene therapy.

She is the co-inventor of Eteplirsen, a treatment for duchenne muscular dystrophy marketed by US-based Sarepta Therapeutics.

Shares in Phylogica traded at 4.4 cents as of October 1.