Philanthropy engagement up on rising tithes

Greater public exposure has helped lift community engagement with, and funding to, the not-for-profit sector. 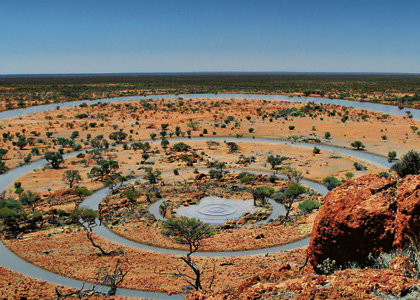 HOW TO: The Giving Well Guide has been included with newspapers set to subscribers. Additional copies may be obtained from WA Business News.

Greater public exposure has helped lift community engagement with, and funding to, the not-for-profit sector.

WEALTHY Western Australians are increasing their philanthropic efforts but much of it remains under the radar, according to a new body aiming to promote giving.

Giving West CEO Kevin McDonald highlighted the fact that there had been a burst in growth in the number of local private ancillary funds, with the most recent figures showing there are now 98 compared to 85 two years earlier.

The funds are special vehicles created by federal legislation and are typically used for the formation of foundations. To work efficiently, each requires a seed investment of at least $500,000; there were only about 1,000 established across the nation by the start of 2012.

“I think there is a greater propensity to give,” Mr McDonald told WA Business News.

Mr McDonald said it would take up to two years for Australian Taxation Office data to shed some light on the scale of the new development, but he believed the rise in numbers was due to the promotion of private and corporate philanthropy in WA by organisations such as Giving West.

Adding to that is the launch this week of the Giving Well Guide, a project led by WA Business News, which has the dual aim of further fostering interest in philanthropy and assisting those with intentions to donate to find their way through the complexities of the not-for-profit world.

The 60-page Giving Well Guide offers howto advice and an extensive list of worthy charities that would-be donors might consider.

In writing a support statement for the guide, high-profile philanthropist and WA Governor Malcolm McCusker said that Australians were, by nature, generous people but often lacked information about where or how to donate their time, talent or treasure.

As a result, he said, they often ended up doing nothing - simply for lack of an informed choice.

He also said that while money was appreciated by charities, volunteering was also an important element of philanthropy.

“Just as important is the giving of time or talent; becoming involved. Volunteers are the lifeblood of a great many organisations which play a vital role in our community.

“They could not function without the services of those who generously and cheerfully give their time and support.”

Part of the rise in new private foundations and, presumably, associated funds has also been attributed to the increasing public profile many established philanthropists, such as Mr McCusker, have been prepared to take after years of giving behind the scenes.

Business leaders such as motor vehicle and shopping magnate Stan Perron and mining leader George Jones are examples of those who have been prepared to show leadership in this area.

“That has made the conversation easier,” Mr McDonald said, adding that nearly half of the new PAFs in the past two years had been established completely anonymously.

“It is not just the tall poppy syndrome,” he said with regard to the reticence people have with making their giving public .

“It is just a new thing and it takes time to change.”

A look at the ATO’s list of deductible gift recipients in WA reveals that foundations established by private families tended to be the more established names in business.

Apart from the names already mentioned above and in other stories in these pages, WA Business News identified foundations named after Rhonda Wyllie, Simon Lee, the Hancock family, the Kailis family, Jack Bendat, Tony Lennon, John Hughes, and Tony Tini.

And there are also a number of private company-linked foundations, such as those associated with ABN Group, Azure Capital and Euroz.

At an individual level, iron ore chief David Flanagan is an example of a business leader prepared to devote considerable time, energy and skills to charitable causes.

Each of the foundations above will have different thrusts, strategies and operational structures. Many will have intergenerational family involvement, allowing the children of wealth creators to participate in the giving process.

The sums involved can be considerable.

For instance the Rhona Wyllie Foundation has made public that its recent substantial commitments included: $500,000 to the Lions Eye Institute Research Facility Building Appeal; $1.25 million to purchase land and construct buildings for the Salvation Army; $350,000 to the Arthritis Foundation headquarters fund; $300,000 to the Speech & Hearing Centre; and $250,000 to assist in the establishment of a chair of Urology Research Centre at the University of WA.