Pfleger taking medical research out of the lab

40under40: Kevin Pfleger is on a mission to turn WA medical research into solutions for chronic disease. 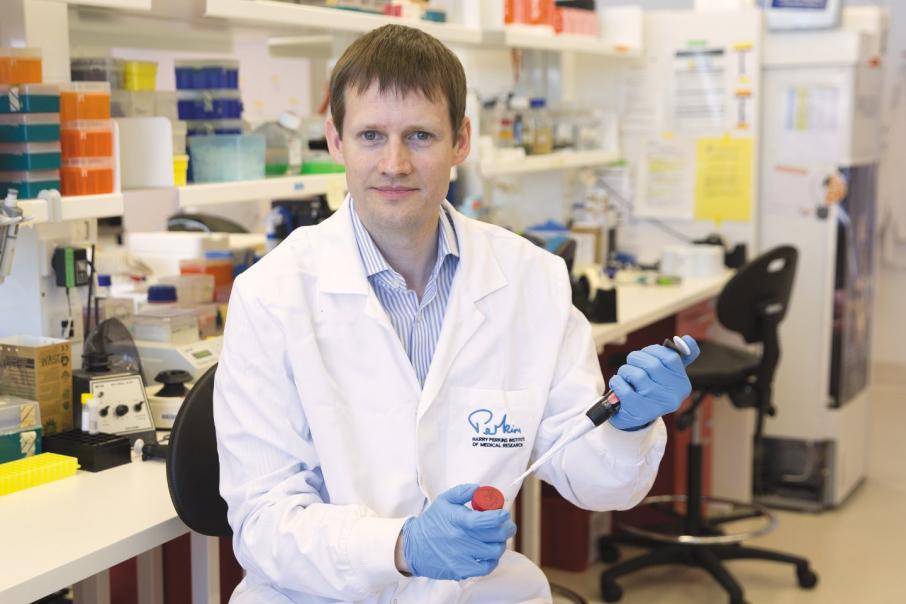 40under40: Kevin Pfleger is on a mission to turn WA medical research into solutions for chronic disease.

Resilience, a dedicated team and a supportive family have been the key drivers of Kevin Pfleger's research and clinical success, which have sparked international interest from the likes of Takeda, Japan’s largest pharmaceutical company.

Dr Pfleger studies how hormones, neurotransmitters and pharmaceuticals work on cells in the body at the molecular level, and his findings so far have led to the co-invention of two medical approaches to tackling chronic disease.

By leading the recently funded Accelerating Australia Network, a national consortium that fosters collaborative medical innovation, Dr Pfleger hopes to pass on the entrepreneurship skills he inherited during the invention process to other medical researchers.

“Australians do amazing medical research but what we’re not so amazing at is actually converting it and getting it out there to industry, out of the labs to benefit society,” Dr Pfleger told Business News.

“I can help other researchers who really want to benefit patients but didn’t know how to or how to make that first step.

“I’ve been on that journey for the past decade.”

Dimerix, a company spun-out of Dr Pfleger’s lab at the Harry Perkins Institute of Medical Research and the University of Western Australia in 2004, is based on two patented approaches Dr Pfleger co-invented.

The Dimerix Receptor-HIT is an investigation technology now in use by numerous pharmaceutical and biotechnology companies, including Takeda.

It enables researchers to better understand how hormones, neurotransmitters and medications interact with cells, so that new treatments can be developed with potentially fewer side effects.

His second co-invention, an adjunct therapy to treat kidney disease, has just completed its second phase of clinical trials, with some patients opting to carry on with the treatment due to its success.

The team is looking at expanding into areas such as liver disease.

“At the end of the day, my work is trying to benefit patients and I love that I now have patients with this condition who are being treated better than they were before,” Dr Pfleger said.

“That’s why I started doing this in the first place and that’s what keeps you going when it gets hard – it’s actually worth it.

“If the experiments we were doing were easy, it would have been done before; we are constantly pushing the boundaries, and that’s hard.

“Often things don’t work but you need that stubbornness to keep picking yourself up, it’s very important for a scientist to have resilience.”

Dr Pfleger said securing competitive funding grants had been his biggest challenge. However, through industry collaborations with biotech organisations such as Dimerix and Takeda, he had been able to secure several million dollars for the Harry Perkins Institute and UWA, enabling further development of his research, with the help of a dedicated team of business people, scientists and medical practitioners.

“The thing about this process is you can’t do it yourself,” he said.

“The competition is disease and health; it’s not the university down the road and there’s so much potential if we work together collaboratively.”