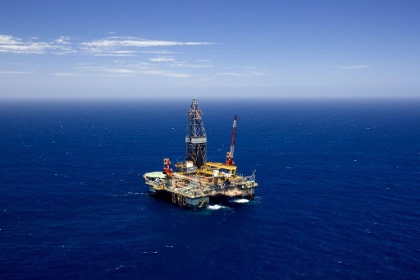 BHP Billiton has extricated itself from the contentious Browse gas project, agreeing to sell its interest to PetroChina in the third major ownership change the project has seen this year.

PetroChinahas agreed to buy BHP Billiton's stake in the East Browse and West Browse titles for $US1.63 billion.

"This is an excellent opportunity for both companies," Mr Yeager said.

Project operator Woodside and its joint venturers have spent $1 billion to date on Browse, which is currently based on the construction of a liquefied natural gas (LNG) plant at James Price Point, north of Broome.

However, that development concept has attracted strong opposition from various environmental and community activists.

The mounting cost of LNG projects has also led to speculation the Browse development may not be commercially viable.

Joint venture partner Shell has advocated a floating LNG development as a better option in the high-cost Australian market.

Despite all of the controversy, three groups have been willing to pay big dollars for a stake in the Browse gas fields.

In August, Shell paid an estimated $2.5 billion to acquire Chevron’s interests in the Browse gas fields. In return, Chevron acquired Shell’s interest in two gas fields in the Carnarvon Basin.

In July, Japan's Mitsubishi Corporation and Mitsui & Co (MIMI) paid $2 billion for a 14 per cent 'unitised' stake in the Browse gas fields, reducing Woodside’s interest to 31.3 per cent.

State One Stockbroking industry analyst Peter Kopetz said the decision meant BHP would be able to deploy $1.6 billion elsewhere while still being involved with other oil and gas projects.

"Browse is still at an early stage. It hasn't been approved, there's still a lot of risk involved and there's huge capital expenditure going to come through with it."

BHP had probably assessed that it had more important priorities.

"It's not the biggest thing that's going to contribute to their bottom line."

But he said investor confidence in Woodside meant the project was still a good one.

The sale could make it easier for Woodside to make a decision on Browse, Mr Kopetz said.

"I think PetroChina will go along with Woodside because obviously they're experienced in this part of the world."

He said New York listed PetroChina's involvement would raise some eyebrows, but it was a logical step into Western Australian LNG as it looked to shore up China's energy security.

It comes days after the West Australian government admitted it had again bungled its applications to compulsorily acquire land for the planned gas processing hub.

Woodside chief executive Peter Coleman yesterday said the process was "complex" but it would not affect the company's final decision time line for next year.

Conservation group Environs Kimberley said BHP's withdrawal from the Browse project was a vote of "no confidence" in the James Price Point location.

The sale remains subject to regulatory approval, but is expected to be completed in the first half of calendar 2013.