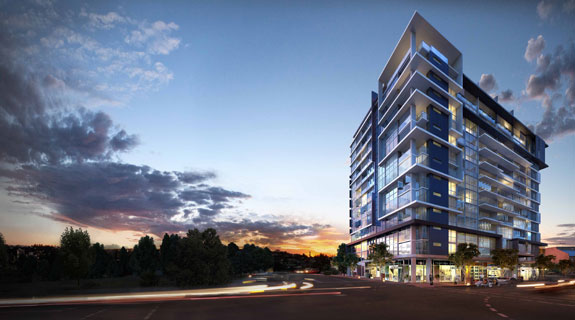 An artist's impression of The Hudson.

Perth-based developer Twin Ocean Property has begun construction on one of its two projects in Brisbane, just weeks after the transaction to buy the apartments development site settled.

Twin Ocean’s building partner, Hutchinson Builders, started construction this week on the $110 million, 15-storey The Hudson project in Brisbane’s Albion, on the back of strong pre-sales figures.

The deal to buy the site, from ASX-listed developer Aveo Group, settled in early December.

The project will comprise 164 apartments, 60 per cent of which have been sold.

“We have no doubt that committing equity into construction is the right decision given the project’s unrivalled location,” Mr Jones said.

“It’s the only project of its type in the area and will add value to the eclectic Albion village vibe featuring historic architecture and a string of dining and cafes establishments.”

Twin Ocean was formed in 2007, spun out of the development arm of engineering and construction group Clough.

Its previous plan for The Hudson project was more modest – a $40 million, 140 apartment development.

The company is also advancing plans for a $250 million, three tower residential project, also in Brisbane, at Fortitude Valley.