Perth to be painted red ahead of Manchester United arrival

The state government and Activate Perth announced a series of 'coloured activations' this morning, ahead of an upcoming 10-day visit from Manchester United Football Club. 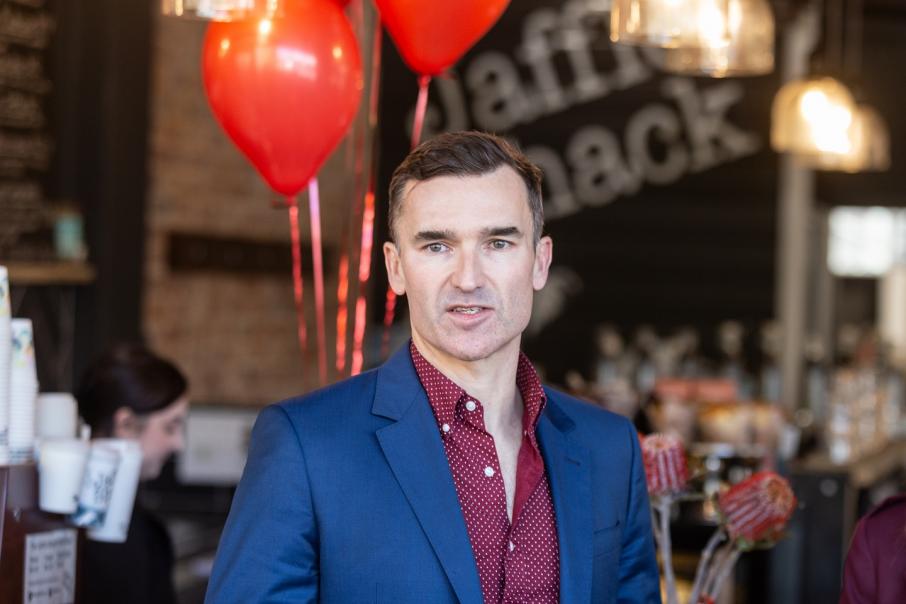 John Carey estimates the visit from Manchester United will bring tens of millions of dollars into the local economy. Photo: Gabriel Oliveira

The state government and Activate Perth announced a series of 'coloured activations' this morning, ahead of an upcoming 10-day visit from Manchester United Football Club.

Speaking with reporters, parliamentary secretary to the premier, John Carey, and Activate Perth’s Dianne Bain announced a series of red-themed events in conjunction with the City of Perth, including transforming the blue Crawley Edge Boatshed red as well as draping the Swan River’s ‘Eliza’ statue in the team’s colours.

“We’ve got 21,000 visitors coming to Perth, so we want to harness it, we want to showcase the best of Perth and tell the world to come here.

“We’ve got to seize this opportunity.

“We want to show that Perth is a great city to visit, to play, that we’re a welcoming bunch and that’s why we are painting the town red in the Manchester red devil colours.”

“As well as watching matches against Perth Glory and traditional rivals Leeds United, fans can take part in a range of activities including an open training session, clinics, legends corporate golf day, fan celebration and legends dinner, giving visitors more reason to stay longer and enjoy all the attractions and experiences of our city and surrounding areas,” he said.

Premier Mark MacGowan echoed Mr Papalia's sentiment, saying the ability to attract thousands of interstate and international tourists was why the government pursued the event.

“The top-quality sporting and major events we continue to secure for Western Australia is starting to really resonate, as Perth becomes a more popular destination," he said.

“Having Manchester United in Perth for 10 days is a huge drawcard for interstate and international visitors and will see thousands of people flood WA, which will help boost our economy and create jobs.

The football club’s visit is expected to bring thousands of visitors to Perth as well as inject millions of dollars into the state economy.

Speaking to Business News, Mr Carey estimated the visit would bring in tens of millions of dollars to WA.

“Obviously, there will always be projections each visitor will spend,” he said.

“Certainly given the interest from Victoria, we’re pretty confident this is a strong investment for tourism as part of our $425 million events and marketing package for WA.”

Asked about the long-term impacts, Mr Carey said the visit would show-off Perth and WA to the world.

“Perth is known for its Fringe seasons and its summer, but actually getting signature events throughout the year, particulary in winter when it’s known that small business, restaurants and bars can do it tough is really critical,” he said.

“What we know is this: people may come to Manchester United games then stay a few days … and maybe visit Margaret River, Rottnest Island or Fremantle.

Manchester United will play at Optus Stadium against Perth Glory on July 13 and Leeds United on July 17.