Perth the only city with falling house prices 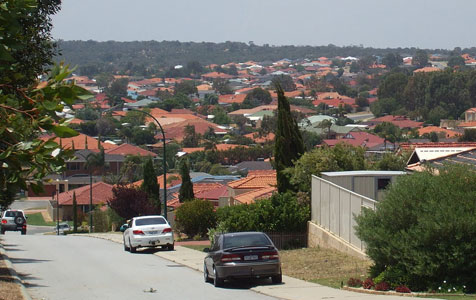 Perth house prices fell by 0.1 per cent in the September quarter, according to the Australian Bureau of Statistics, making it the only capital city to record a fall in dwelling values over the period.

However, the ABS’s residential property price index for Perth is still up year-on-year, with the index 3.7 per cent higher compared to the same time last year.

The fall in the September quarter followed rises in the June and March quarters, by 0.1 per cent and 0.8 per cent, respectively.

REIWA said Perth’s median house price rose 1 per cent in the September quarter, to $548,000, but sales turnover came in around 12 per cent below long-term averages.

RP Data’s numbers also showed a stalling market, with Perth’s median house price falling 0.1 per cent in October to $525,000, contributing to a 0.2 per cent fall over the three months to October 31.

Nationally, the ABS said capital city house prices were collectively up 1.5 per cent in the September quarter, for a 9.1 per cent year-on-year gain.

Much of the increase can be attributed to a 2.7 per cent rise in Sydney’s house price index over the quarter and 14.6 per cent over the past 12 months, the ABS said.

The index rose by 1 per cent in Melbourne, Brisbane, Adelaide and Hobart over the September quarter, while Darwin and Canberra house prices both rose by 0.3 per cent.

“The annual rate of home price growth nationally is back in single figures for the first time in a year,” Mr Garrett said.

“At the same time, new home building is stretching to its busiest year in two decades. This is no coincidence.

“Clearly, the housing industry has risen to the challenge in terms of seeking to meet Australia’s increased housing requirements.”

But Mr Garrett said the capacity of the industry for any further growth was cause for concern.

“Any homebuilder will tell you of the difficulties in sourcing crucial trades like bricklayers, at a time when training budgets in the industry are being slashed by government,” he said.

“It is important that federal and state governments ease the bureaucracy around the released and development of land for new housing.

“This will help ensure that strong dwelling price pressures do not emerge again in the future.”