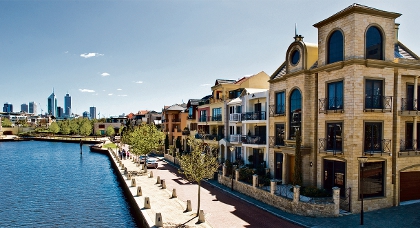 Perth has emerged as the hottest capital city location for property investment, with four metropolitan suburbs topping a list of the most affordable inner-city suburbs across the country.

Smart Property Investment’s inaugural Inner City Steals report, released today, identified 20 suburbs across Australia within five kilometres of CBDs where investors can pick up a property for less than $300,000.

Report panellist and Australian Property Monitors senior economist, Andrew Wilson, said the prospects for the Perth market were strong, predicting median price growth of around 10 per cent over 2012.

“All the forward indicators have WA really breaking out of its trough,” Dr Wilson said.

“In some of these suburbs wages have quadrupled in the last 20 years – tripled in the last 15 – and we know that the commodities boom in causing that,” Mr Christopher said.

“I’m increasingly a believer that Perth has seen its downturn now and we are entering a bit of an upturn.”