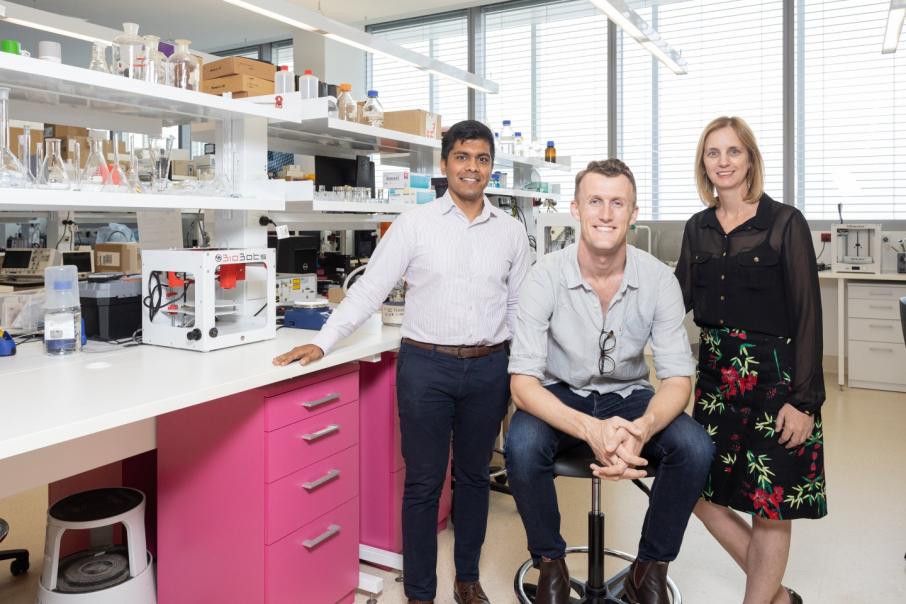 Behind the award was the startup’s VeinWave device, which aims to reduce the failure of first pass cannulation (inserting a needle into a vein), ultimately saving time and hospital resources.

Co-founder and chief medical officer Katherine Arenson, also an emergency physician at Armadale Hospital, said VeinTech would use the prize money to develop its VeinWave device into a clinical prototype that could be used in human trials.

“Struggling to find veins is something that I live and breathe every workday, and for years I have been frustrated by the lack of easy-to-use assistive devices, so I leapt at the chance to develop my own,” Dr Arenson said.

She said the next goal for VeinTech would be getting its device into hospitals.

VeinTech was one of 20 startups to have made a 60-second pitch in this year’s MedTech Actuator Origin competition. Of those, 12 finalists were chosen to pitch at the final gala event, held online for the first time since the competition’s inception.

It recognises medtech startups based within the Asia Pacific region, and forms part of MedTech Actuator (founded in 2017).

VeinTech was also the winner of the 2019 Perth’s Biodesign course, led by Accelerating Australia.