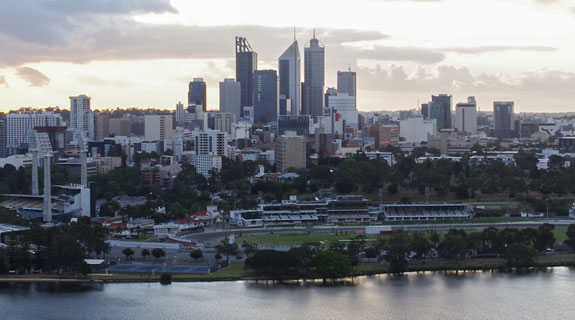 Despite a long list of ultra-wealthy individuals in Perth, the WA capital was not featured in a global rich ranking.

A new global ranking says Sydney is the top city in Australasia for the ultra-wealthy, but despite being home to Australia’s richest woman, Perth failed to rate a mention.

The annual ranking was put together by London-based Spear’s magazine, in collaboration with investment consultancy firm WealthInsight.

This year’s list showed Sydney boasts 761 residents with a fortune of more than $30 million, making it top in the Australasian region and 26th in the world.

Melbourne also ranked highly, with its 454 multimillionaires placing it 41st on the top 100 list.

London was ranked the capital of the world for multimillionaires, with the survey showing 4,400 ultra-wealthy individuals live in England’s largest city.

Tokyo and Singapore were ranked second and third, with 3,532 and 3,117 multimillionaires, respectively, followed by New York and Hong Kong, which rounded out the top five.

The 100th-ranked city on the list was Kano, a city of around 2 million people in northern Nigeria that lays claim to having 10 multimillionaire residents.

But Perth somehow did not make the ranking, despite being home to billionaires Gina Rinehart, Andrew Forrest, Stan Perron, Kerry Stokes, Angela Bennett, and Ralph Sarich.

A ranking of Western Australia’s richest people by The West Australian newspaper showed the 50th most-wealthy individual in WA was gold miner Nick Giorgetta, who lays claim to an estimated $162 million fortune.

BNiQ research also showed there were 22 individuals in Perth with a share portfolio worth more than $30 million at the end of the 2015 financial year.

WealthInsight’s own Australian Wealth Report, released in February this year, showed there were 29,861 millionaires in Perth and 2,785 ultra-high net worth individuals Australia-wide.