Addressing Perth drivers’ notorious inability to merge has emerged as one of Main Roads’ key strategies for reducing congestion. 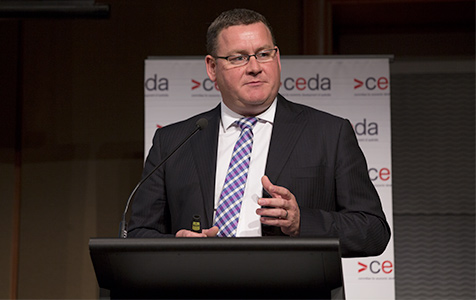 Addressing Perth drivers' notorious inability to merge has been named as one of Main Roads' key strategies for reducing congestion.

The association has revealed a plan to launch an advertising campaign aimed at educating drivers on how to correctly merge, which will run across various platforms including print media.

"Certainly this year we've seen the number of accidents increase, including fatalities, and I think a lot of that is due to congestion," Mr Troughton said.

He said clogged roads were affecting 75 per cent of Western Australian businesses, and about a quarter had reported a negative impact on productivity because of it.

Mr Troughton highlighted a number of already completed road projects - such as the Great Eastern Highway expansion - as examples that had improved the flow of traffic.

But he said Main Roads would focus on improving people's driving in the next five years.

"My take is that it takes a bit of time ... it's about education and it's a slow process," Mr Troughton said.

Main Roads would start by trialling merging lanes coupled with an education campaign, but he said there was no guarantee it would work.

"We might not get it right the first time; some of it will be 'suck it and see' but we hope to get some of it right in the next few years," Mr Troughton said.

Main Roads was also planning to trial traffic management strategies including metering signals on Mounts Bay Road, which would also be covered in the education campaign.

"Because people will see these lights, and not know what they mean," Mr Troughton said.