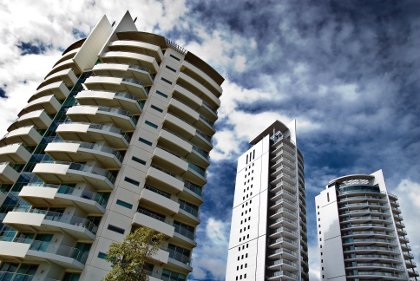 Perth median rents have climbed to $470 per week, according to new data from the Real Estate Institute of Western Australia.

Research released by REIWA today show metropolitan area rents increased by 4.4 per cent in February, taking the year-on-year increase to $60.

Median house rents have risen to $480 per week, while units, apartments and villas have jumped to $450 per week.

REIWA president David Airey said the rent increase was surprising because the vacancy rate had eased off slightly, lifting from 1.9 per cent in December to 2 per cent currently.

Perth’s long-term vacancy rate has an equilibrium of 3 per cent, Mr Airey said.

“The number of new leases has pretty much been flat-lining through the new year after rising by 30 per cent in the December quarter last year,” he said.

“So what the data might be indicating is that while there is a bit more stock around to choose from and demand from tenants has slowed, they are nonetheless choosing to pay a premium for those homes that are of better quality and in more preferred locations.”

Listings dropped noticeably in the western suburbs in January and February, as well as through the City of Stirling and the Bassendean/Bayswater region.

More houses were available to rent, however, in the Cities of Belmont, Wanneroo, Perth and Canning.