Disgraced international markets trader Paul Thompson appears to be gearing up for a return to Perth’s property market. 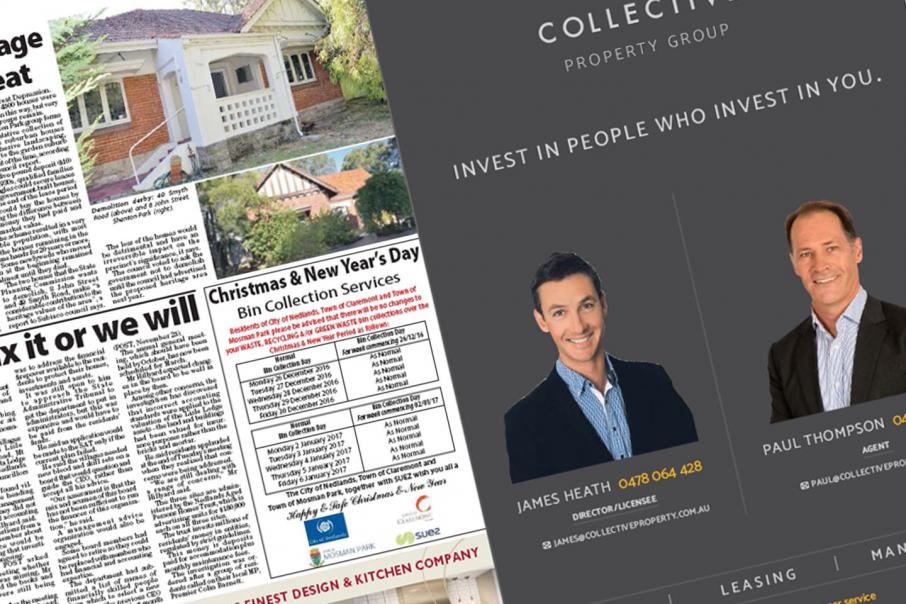 A screenshot of the digital edition of The Post, in which Collective Property Group's advertisement ran.

Disgraced international markets trader Paul Thompson appears to be gearing up for a return to Perth’s property market.

Thompson, who in late 2015 made international headlines when he was arrested for his role in a Libor-rigging scandal, is due to start a three-month jail sentence in the US next month after being allowed to spend Christmas with his family in Perth.

In July last year, Thompson pleaded guilty to charges of conspiring with colleagues to manipulate benchmark interest rates to the benefit of their employer, Dutch financier Rabobank. He had been the bank’s Northeast Asia head of derivatives trading.

Thompson was sentenced in November to the most lenient of the terms handed out to the seven co-conspirators, with his stretch in jail set to commence on February 6. However, last month Thompson was featured in a full-page advertisement for Collective Property Group, which ran in western suburbs-based community newspaper, The Post.

Thompson’s LinkedIn profile also indicates he is a leasing executive at Collective Property Group, having started his employment there in December.

Mr Heath described the ad as “premature” or “jumping the gun”, and said that working with Mr Thompson was nothing more than a possibility for the future.

“I’ve worked with him the past and I may well work with him again in the future, but at this point in time he’s not currently working with us,” Mr Heath said.

“You would know full well what his situation is; he’s not in a position to be doing any work at this point in time.”

The men previously worked together at western suburbs agency TM Residential & Executive Leasing, after Mr Thompson returned to Perth in 2012.