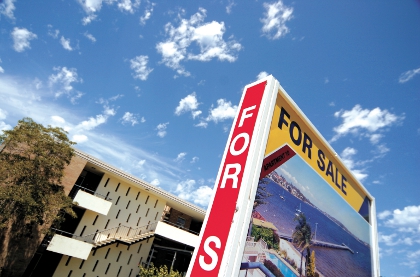 The latest snapshot of Perth’s real estate market shows that property prices have remained flat while sales activity and property listings have fallen. The only bright spot was first home buyer activity at the bottom end of the market.

REIWA’s September quarter report shows that Perth’s median house price was unchanged at $482,000, contrary to reports in other media that house prices were heading back towards their boom time peak.

The data show sales turnover down by 4 per cent and a 14 per cent drop on the number of properties listed on the market in the September quarter.

“Turnover is still 25 per cent higher than the same time last year, but the trend over the last few months shows this to be slowing,” REIWA president David Airey said in a statement.

“It might be a seasonal dip given that winter months are sluggish, or it might be part of a longer pattern we need to monitor.”

“First home buyer grants for the September quarter were at their highest level since 2009,” he said.

Australian Bureau of Statistics data reflect this trend, with the number of homes financed by first home buyers in Western Australia growing 13.4 per cent between June and August this year.

Growth in the sales of units valued under $350,000 were a further reflection of growth in this section of the market.

“Sales turnover for units, apartments and villas grew by around 3 per cent in the September quarter, with no movement in the median price in the multi-residential segment of the market,” Mr Airey said.

The falling number of properties listed on the market coupled with Perth’s growing population is boosting rental rates.

“Rents continue to rise with … the overall median reaching $450 per week in the three months to August.

“The vacancy rate remains tight at 1.8 per cent and it seems unlikely to return to a more usual equilibrium of 3 per cent while our population continues to surge,” Mr Airey said.

He said the overall stability in the market had given some confidence to many homebuyers.

“We have started to see the return of some investors now that prices are stable, interest rates low and rents have increased,” Mr Airey said.