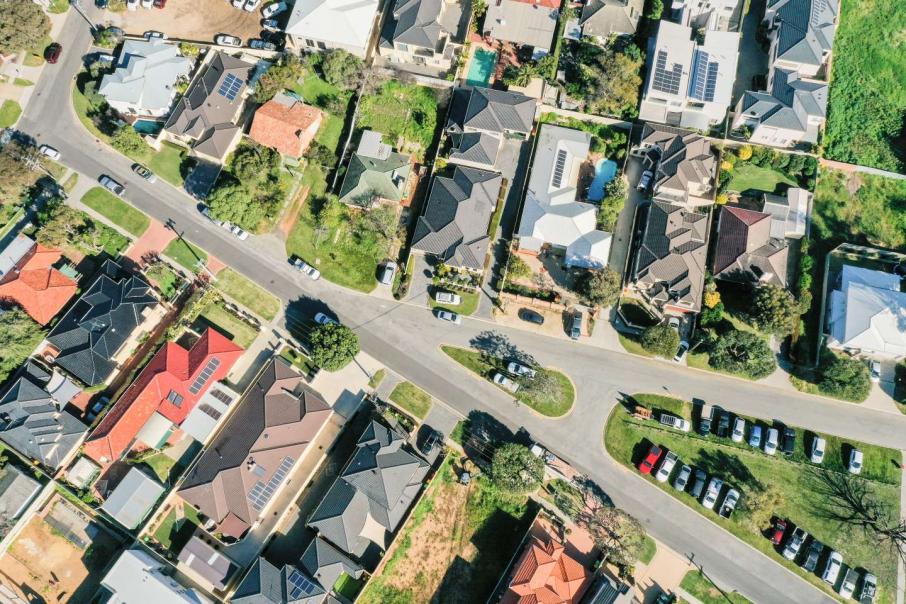 In November, Perth properties took a median of 22 days to sell – 17 days less than in November 2019, according to the Real Estate Institute of Western Australia.

REIWA said this was the fastest time properties had sold since September 2006.

“The demand for quality stock is evident, with properties selling at the same speed as they did 14 years ago, when Perth was in a property boom,” REIWA president Damian Collins said.

“In addition, the level of discounting has reduced to 32 per cent of all transactions, compared to 49 per cent in November 2019.”

“With listings for sale down 1.3 per cent in November compared to the previous month and 28.7 per cent lower than November 2019, it’s clear that if you are looking to sell there hasn’t been a better time for many years.”

CoreLogic’s home value index for November found Perth recorded the fourth consecutive month of growth for dwelling values, increasing by 1.1 per cent – representing the largest increase over that period.

"Breaking it down at the suburb level, reiwa.com data shows 50 per cent of suburbs experienced an increase in median sale price and 29 per cent saw a stabilised median in November,” Mr Collins said.

Momentum Wealth general manager Jennifer Wakeman said the group's agents had been witnessing heightened competition over the past few months as a result of the lack of stock.

“The lack of stock on the market is leading to high-quality properties selling extremely quickly and this is especially true for tightly held and established suburbs where owner-occupiers, and recently investors, are competing to enter the market.

“Our buyer’s agents are working closely with clients to monitor local suburb conditions and adjust their negotiation strategies to suit the highly competitive market, in some cases reviewing terms when presenting offers to ensure our buyers are positioning themselves as strongly as possible.”

According to REIWA, Perth rental listings increased from October to November (up 3.7 per cent), however listings are still 52 per cent lower than this time last year.

Mr Collins said rental listings remained under 3,000 for the third consecutive month, with 2,889 properties for lease on reiwa.com.

“Due to limited rental stock and the vacancy rate sitting at 0.95 per cent, rents have continued to increase in November with the median weekly rent now sitting at $390 per week,” Mr Collins said.

“Fremantle and Mandurah were the top performing suburbs by median weekly rent in November with a 3.7 per cent increase. This was closely followed by Huntingdale (up 3.4 per cent), Subiaco (up three per cent) and Nollamara (up 2.9 per cent).

“With investor interest on the increase due to the rental shortage, this will help boost stock levels and help keep rent increases at reasonable levels, however it’s crucial the rental moratorium ends as promised in March 2021.”

CoreLogic’s November report found that Perth and Darwin were demonstrating the tightest rental markets in the country.

The report said this followed years of weak rental conditions for both cities and few new rental additions to both markets.

House rents in Perth have grown by 6.6 per cent since March, with unit rents up 3.9 per cent.

The biannual index seeks to provide a measurement of the price of rents relative to household incomes.

Singles and pensioners faced an ‘unrentable’ situation, Shelter WA said, with people on JobSeeker not far behind, using more than 56 per cent of their income for rent.

Shelter WA chief executive Michelle Mackenzie said the rental situation was dire and expected it to get worse.

“REIWA is predicting a 20 per cent increase in rents in March 2021 with the lifting of the moratorium on rental increases and evictions,” Ms Mackenzie said.

“This coupled with the end of JobKeeper will further exacerbate rental affordability issues.

“Our members are already seeing the impact of unaffordable rents with increased requests for housing and homelessness services.

“We face a tsunami of housing insecurity and increased homelessness if we do not act to address rental affordability issues now.”

Australia has recorded the highest level of detached housing approvals since 2000, according to building approvals data released today.

The Australian Bureau of Statistics data found detached approvals increased by 18.6 per cent in the three months to October 2020 – a level that’s 23.2 per cent higher than the same time last year.

Housing Industry Association economist Angela Lillicrap said the ABS building approvals data for October continued to demonstrate the positive impact of HomeBuilder on the detached house market with the highest number of approvals since early 2000.

“HomeBuilder was the catalyst for improving consumer confidence in the housing market. The strength of building approvals is due to several factors including low interest rates and changes in consumer preferences,” Ms Lillicrap said.

“HIA New Home Sales data suggests that detached house building approvals will continue to be strong over the coming months. The extension of HomeBuilder will see these strong results carry on well into 2021.

“Western Australia has seen the largest improvement in the last three months with detached housing approvals 62.8 per cent higher than the same time last year. This is due to the pent up demand for new housing in the state, as well as other state government stimulus measures.”

Victoria recorded the second largest increase in housing approvals in the three months to October (up 22.6 per cent), followed by Queensland (18.1 per cent increase) and New South Wales (up 18 per cent).