Perth property: a year in review

Property leaders shed some light on the residential and commercial markets’ performance during 2020 and what they expect for the year ahead. 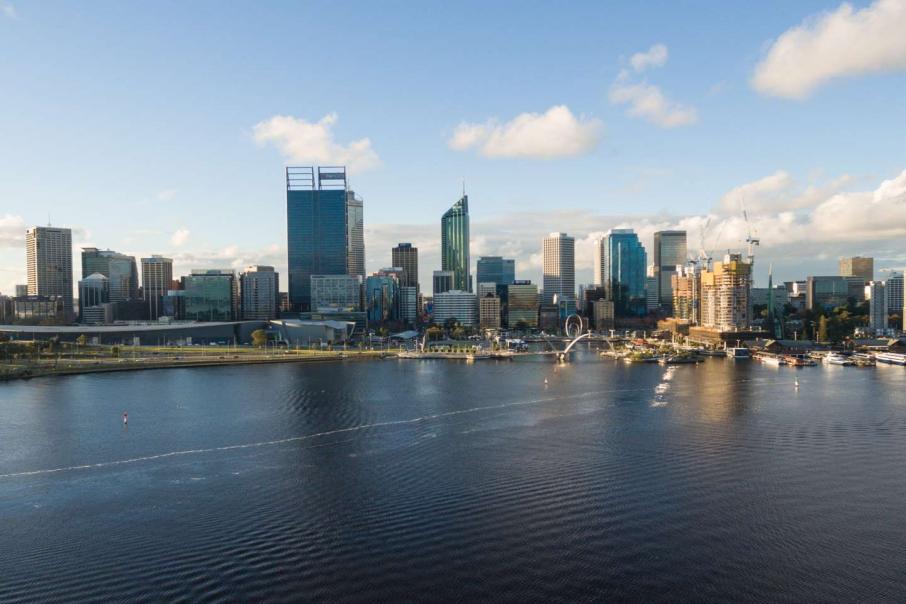 2020 has been a year of highs and lows for the commercial and residential sector. Photo: Gabriel Oliveira

When COVID-19 hit earlier this year, no one knew quite what to expect.

Uncertainty was widespread as many in the property industry prepared to batten down the hatches and ditch all hopeful anticipations for 2020, off the back of a few green shoots in 2019.

But that sentiment soon changed, thanks to a hard border policy and Western Australia’s physical isolation somewhat helping to inoculate the economy.

For pockets of the state’s property sector, 2020 has ended up being a record-breaking year.

Perth achieved the highest number of lot sales for a quarter in 30 years - the most land sales ever recorded by the Urban Development Institute of Australia WA since it started its survey in 1990.

Meanwhile, Perth’s residential rental vacancy rate hit a record-low, falling to 0.8 per cent – a rate last recorded in 2007, the lowest level monitored by the Real Estate Institute of Western Australia over the past 40 years.

And new home sales across the country reached a decade high.

Those results in the residential market were largely supported by the federal and state governments' home building packages, but there’s also been some positivity in WA’s commercial sector.

JLL manager strategic research WA Ronak Bhimjiani said it was widely known that WA had fared remarkably well compared to the rest of Australia and other advanced economies in containing the pandemic.

Strong fiscal support coupled with an earlier than expected re-opening of the WA economy, Mr Bhimjiani said, had resulted in consumer confidence returning to pre-pandemic levels.

“The Property Council of Australia’s latest occupancy figures report Perth office occupancy at 77 per cent as at October 2020, highest of all states,” he said.

“Major economic variables have also turned in the favour of WA - WA’s population growth (1.5 per cent p.a. as at March 2020) is now above the national average (1.4 per cent).

“This marks the first time since 2013 that the state’s population growth rate has exceeded that of the national average.

“Secondly, the Australian economy contracted by 0.3 per cent  in 2019-20, ending 28 consecutive years of growth as economic activity was impacted by the COVID-19 pandemic. However, WA bucked the trend with the state economy instead growing by 1.4 per cent over this period, the highest of all major states.”

Mr Bhimjiani said the resources sector had been – and was expected to remain – the main contributor to economic growth.

“It is estimated that world economies have spent over US$10 trillion in infrastructure spending to pull economies out of recession,” he said.

“In China, steel output reached an all-time high in August 2020 and iron ore prices have rallied significantly over this period.

“This has played well for WA, with demand for iron ore and other major commodities providing support for resource companies and other supporting industries in WA.”

JLL head of leasing WA Nick Van Helden said 2020 was expected to be the long overdue year of improvement for the Perth office leasing market.

Like everywhere, that vision was stalled by COVID, he said, however Perth's enquiry levels and inspection numbers had returned to near pre-COVID levels, largely in the B-grade market.

“It is expected that the Perth CBD leasing market will strengthen in 2021.”

On the commercial sales and investment front, JLL pointed to Perth’s office sale transactions for Q4 2020 as a demonstration of growing investor confidence in the office market.

While transaction volumes in the Perth CBD office market trended down during 2020, as it did worldwide, JLL expects the investment outlook for Perth in 2021 to rebound.

“Sitting here 12 months ago we wouldn’t have believed what we’d gone through because of COVID but from a commercial point of view it has been amazing how strong and resilient the commercial market has stood up over that time,” Mr Hay told Business News.

“Leasing deals in a lot of sectors are increasing and people are moving businesses and opening up businesses where you think it would be quite the opposite.”

Mr Hay pointed to a few leasing deals brokered by the group as examples, including a space on Beaufort Street that had sat vacant for a few years.

“We leased it a couple of months ago, fresh in COVID, to a gym,” he said.

“We’re negotiating a lease for 600sqm here in East Perth and that will be at rates of over $200 per sqm.”

Retail was one area Mr Hay said was likely to continue to be impacted, whether that was as a result of COVID or behavioural changes like online shopping, but expected commercial activity to continue trending in a positive direction despite, the increasing use of Zoom and hot desking.

“In the six months through the COVID period we’ve leased more commercial properties than we have in the last three years, collectively," he said.

“So it all defies what you would think sitting here in logic.”

The future of the office

The report found the materials sector, which includes major mining companies, had expanded its office footprint, collectively growing by about 7,500sqm.

CBRE said this growth was likely buoyed by the relative resilience of the major mining companies.

At the other end of the spectrum, the report found office space occupied by the communications sector had contracted the most since the beginning of 2020, collectively reducing its workspace footprint by about 29,000sqm.

CBRE’s report anticipated companies within the financial services sector were likely to reduce office space in the near future.

Social distancing and associated workplace health guidelines, it said, was another factor that would shape office demand but also configuration.

Technology is also tipped to have more of a role in office design and configuration in the years to come.

KONE president and chief executive Henrik Ehrnrooth said technology had already brought about a big change to the way we lived and worked, but this year had accelerated many digital trends.

“Bringing a new level of intelligence to a building and creating more sustainability – this will be the biggest challenge of our generation.”

The KONE DX Class elevators leverage application programming interfaces (APIs) to enable integration with other platforms, including with Amazon Alexa, supporting check-in management and contact tracing technologies built into the cloud – a technology that is expected to become even more important as businesses returning to the office continue to navigate COVID.

In the three months to November, WA's residential sector continued its trend of being one of the top performing states in the country, with new home sales up 108.8 per cent compared with the same period in 2019.

At the same time, Perth’s residential rental market is facing continual tightening of stock, the vacancy rate sitting below three per cent for the 25th consecutive month, according to the Real Estate Institute of Western Australia.

While it’s unclear if the rise in new home sales will eventually inject stock back into the rental market, the flurry in sales has certainly helped pull many residential builders out of the doldrums.

For one of the state’s largest builders, BGC Australia, the year delivered a record level of new home sales for the business.

That has had a flow on effect to home broker businesses, including New Home Building Brokers.

Managing director Tristan Kirkham said COVID had driven acceptance from parts of the industry that brokers hadn’t received before.

“We noticed the market was growing in October 19, the challenge was to take the opportunity NHBB had waited for since 2009.

“June 2020 and the grants just energised the market like we have never seen before, so growing and expanding at a controlled rate is critical.

“This will be an ongoing challenge for some time.”

Labour and skill shortages have been flagged as one potential challenge for the residential sector moving forward.

“The red tape to subdivisions and planning approvals is by far the biggest hurdle and stopping so much getting to site,” Mr Kirkham said.

“The homes that just need a building permit are all moving along well in the timeframes expected."

Looking ahead to the New Year, Mr Kirkham expects valuations to continue to grow.