Perth's healthcare system and infrastructure provision, not the climate or beaches, were two winning attributes that lifted the city to seventh place among the world's most liveable, according to the Economist Intelligence Unit. 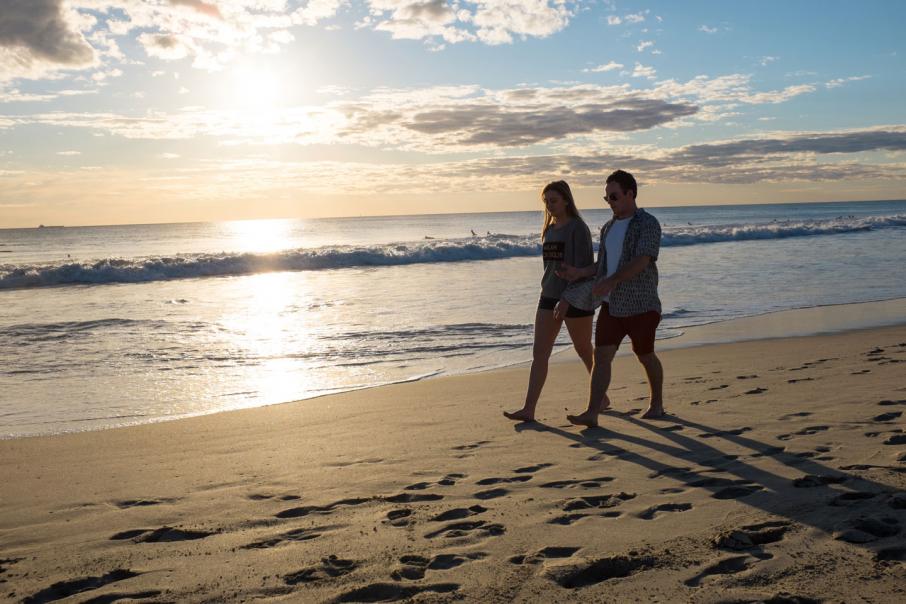 Despite its beachside lifestyle, Perth didn't score highly for its natural environment.

Perth's healthcare system and infrastructure provision, not the climate or beaches, were two winning attributes that lifted the city to seventh place among the world's most liveable, according to the Economist Intelligence Unit.

Perth moved up from eighth in the 2015 index, this year achieving a total of 95.9 out of 100 across all categories.

The city scored a perfect 100 on both healthcare and infrastructure provision, indicating it is "ideal" on both those measures.

That's in the face of ongoing criticism from some corners on the level of traffic in the city, and teething issues at Fiona Stanley Hospital.

The world’s most remote capital also scored perfectly on education.

Despite the beach life and good weather, Perth was let down by culture and the environment, according to EIU, with a rating of 88.7 out of 100 in that category.

That made Perth the equal worst performer on that measure of any in the top 10, tied with Helsinki.

The category includes temperature, climate and availability of sports and cultural events.

Premier Colin Barnett, who also serves as the state's tourism minister, told Business News that Perth was a relaxed city.

“Perth is a vibrant city with clear skies, fresh air and beautiful beaches, where people can still enjoy the benefits of a modern, sophisticated city and a relaxed lifestyle," Mr Barnett said.

"When you look around the world where else would you get the kind of healthcare and education standards that are delivered in WA?”

Melbourne topped the overall index this year with a score of 97.5 out of 100, boosted by perfect scores in infrastructure, health and education.

The capital of Victoria just pipped Vienna in Austria, which scored 97.4, and Vancouver in Canada, with 97.3.

Toronto and Calgary, both in Canada, placed in fourth and fifth respectively while Adelaide was sixth with a score of 96.6.

Auckland in New Zealand, Helsinki in Finland and Hamburg in Germany rounded out the top 10.

Compared to other cities in the top 10, Australian cities fared marginally poorer on the stability metric, which includes factors such as crime and terror.

But a score of 95 out of 100 on that index was vastly better than most of the world, including even Germany.

At the bottom of the ranking of 140 cities were places in conflict zones or with other political issues, such as Damascus in Syria, Tripoli in Libya, and Lagos in Nigeria.

Only 16 cities changed scores in the past six months, the report said.

“Although the top five cities remain unchanged, the past year has seen increasing instability across the world, causing volatility in the scores of many cities,” EIU said.

“Sydney, for example, has fallen by four places, to move out of the 10 most liveable cities, owing to a heightened perceived threat of terrorism.

“This has allowed Hamburg in Germany to move up to tenth place, although other German cities, such as Frankfurt and Berlin, have experienced declines in stability.”