The Supreme Court has ordered privately owned mining company Global Advanced Metals to open its books to a minority shareholder, despite the shareholder being a competitor, a litigation adversary in the US, and having a chief executive who was found to have carelessly handled confidential information supplied earlier this year. 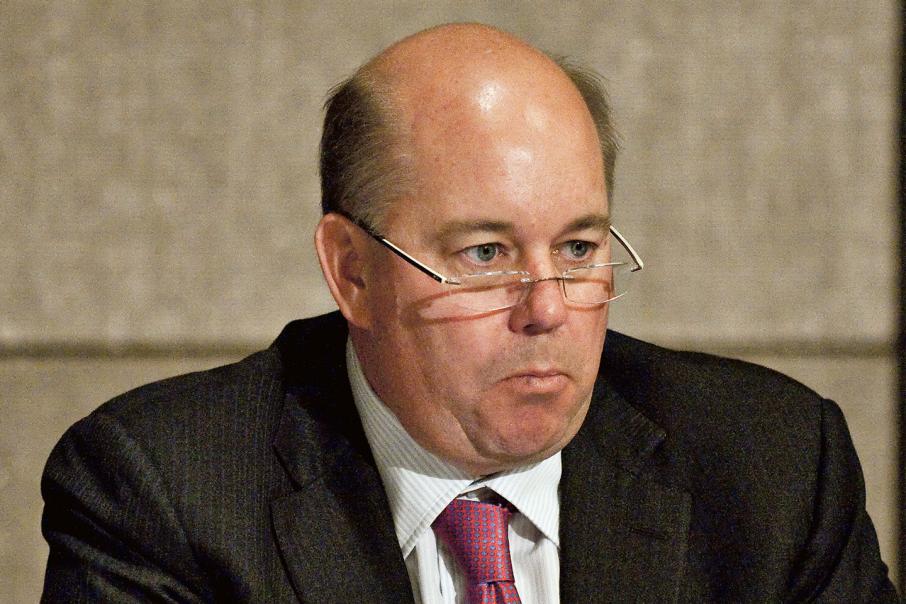 The Supreme Court has ordered privately owned mining company Global Advanced Metals to open its books to a minority shareholder, despite the shareholder being a competitor, a litigation adversary in the US, and having a chief executive who was found to have carelessly handled confidential information supplied earlier this year.

It is seeking detailed financial disclosure from GAM, after expressing concern about the value of the GAM business.

GAM has mining and processing operations in Western Australia, the US and Japan, and reported revenue of $US139 million last year ($A175 million at the current exchange rate).

While GAM is a relatively small, low-profile business, it has heavyweight backing.

It is chaired by Perth-based James McClements, the managing partner of global private equity group Resource Capital Funds, which is GAM’s major shareholder, and its board members include Sirona Capital founder and Mineral Resources director Kelvin Flynn.

Metallurg acquired a 10 per cent shareholding in GAM in August 2015, as part of the renegotiation of a long-term supply contract between Metallurg’s Brazilian mining subsidiary and GAM’s US-based processing arm.

That gave it a seat on GAM’s board and confidential access to the same information as other shareholders.

However, in recent months the Dutch group has been seeking access to more detail in GAM’s books and records.

In an affidavit to the court, Mr Connor said that if his concerns in relation to specified accounting matters proved correct, Metallurg would be required in its upcoming quarterly report to revalue its interest in GAM.

GAM, which was represented by law firm Allen & Overy, objected on two grounds.

It said the AMG group was a competitor in the production of tantalum pentoxide, and there was litigation under way in the US between the two groups.

It argued that, if Metallurg’s requests were fully met, a trade rival would have access to commercially sensitive confidential information.

“It submits that, regardless of any obligations not to use the information in a way detrimental to GAM, that information, or parts of it, would remain with officers of the AMG Group and could not be forgotten, with the consequence that it would inevitably be deployed to the commercial disadvantage of (GAM),” the judgement stated.

In light of these concerns, GAM wanted to restrict the flow of information to Metallurg.

These arguments did not sway Justice John Chaney.

“I do not accept that the mere receipt of information by Metallurg amounts to the use of the information in a way which damages, or is reasonably likely to damage the (GAM) group,” he wrote in his judgement.

GAM also argued that three AMG executives had beached confidentiality provisions in their handling of an encrypted memorandum emailed by Mr McClements in April.

The memorandum was sent to AMG’s chairman and chief executive, Heinz Schimmelbusch, after he had assured Mr McClements that confidentiality provisions would be respected and the information would not be shared with the US litigation team.

Dr Schimmelbusch forwarded Mr McClements’ email, including the attached encrypted confidential memorandum, to seven recipients, including a lawyer (Richard Rosen) who is a litigation partner at the US law firm representing AMG in its dispute with GAM.

Twelve minutes later, AMG’s chief financial officer sent a reply to all of the email recipients with the password to the encrypted confidential memorandum.

The following Monday, Mr Connor sent a group email to all of the recipients with a quote from the confidential memorandum concerning the book value of GAM’s inventory.

“It is clear that the matter dealt with in that quotation is the source of one of Metallurg’s concerns that has led to it seeking access to the documents the subject of this application,” Justice Chaney found.

“It is also apparent that Mr Connor’s disclosure of part of the content of the confidential memorandum amounted to a breach of Dr Schimmelbusch’s undertaking that information provided by GAM would be treated as confidential and would not be shared with the litigation team.”

GAM argued that these breaches meant Metallurg’s request for further confidential information should be rejected.

Metallurg, which was represented by Ashurst, conceded the AMG executives had been careless but said there was no evidence of any actual misuse of the confidential memorandum.

Justice Chaney said the conduct of the AMG executives amounted to serious acts of carelessness.

“I am satisfied, however, that Mr Rosen immediately recognised that he should not access the confidential memorandum and deleted Dr Schimmelbusch’s email before being asked to do so,” he found.

“I am satisfied that nothing in the confidential memorandum was in fact used for any purpose detrimental to GAM,” he concluded.

“Those events tend to confirm that the conduct complained of was careless rather than an attempt to intentionally breach any obligations of confidentiality.

“In the circumstances, I have concluded that the conduct of the officers of the AMG Group in dealing with the encrypted confidential memorandum is not such as to disentitle Metallurg to the benefit of its contractual entitlements.”

Justice Chaney said he was satisfied that arrangements put in place by Mr Connor to maintain the confidentiality of materials obtained by Metallurg would be appropriate.

UPDATE: On 18 October 2017, the Court of Appeal rejected GAM's appeal against the original decision.