Perth lawyer to join Goldfields board

Corporate lawyer Derek La Ferla has been nominated for a position on the board of Kalgoorlie-based Goldfields Money, while chairman Allan Pendal has stepped down as chairman. 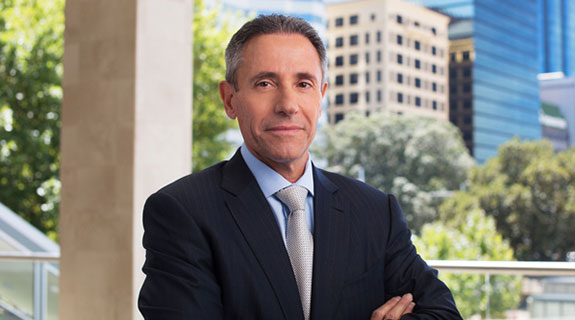 Corporate lawyer Derek La Ferla has been nominated for a position on the board of Kalgoorlie-based Goldfields Money, while chairman Allan Pendal has stepped down as chairman.

Mr La Ferla, who is also a partner at Lavan Legal and chairman of local companies OTOC, Sandfire Resources and Threat Protect Australia, was nominated alongside Peter Hall, who has served as chief executive of Genworth Financial Mortgage Insurance and GE Mortgage Insurance.

The nomination of Mr La Ferla and Mr Hall to the Goldfields board will be voted on by shareholders at Goldfields’ annual general meeting next month.

Goldfields is ranked at #17 on the BNiQ List of Banks & Non-Bank Lenders, ranked by number of branches in WA.

“Both Mr Hall and Mr La Ferla will bring significant industry and company director experience to the board,” Goldfields said in a statement.

“Their proposed elections will also allow the company to continue its board renewal plan.

“Upon the successful appointment of Mr Hall and Mr La Ferla, Bill McKenzie and Allan Pendal will be retiring at the AGM.”

Mr Pendal has stepped down from his role as chairman in anticipation of the board renewal plan, and will be replaced by Peter Wallace.

It follows news last month that the company had reached a termination agreement with its former chief executive, David Holden.

Mr Holden received payments in lieu of 12 months' notice, in accordance with his contract.

According to BNiQ data, Goldfields employs 13 staff in Western Australia, and operates at three branches.

Shares in Goldfields were unchanged at 93 cents each at 11:45am.