Perth has overtaken Sydney to record the most expensive residential land value per square metre of all major capital cities, fuelling concerns that land supply is not keeping up with market demand. 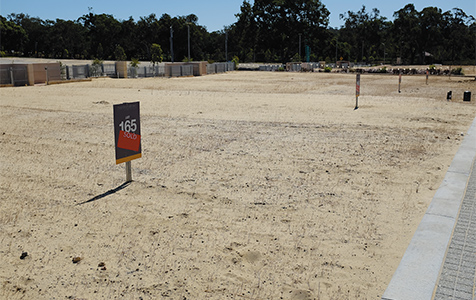 Perth has overtaken Sydney to record the most expensive residential land value per square metre of all major capital cities, fuelling concerns that land supply is not keeping up with market demand.

This comes despite Perth's residential land sales declining for the second consecutive quarter.

Median lot prices increased by a more modest 5 per cent for the quarter to $250,000.

The softer growth in median lot prices compared to prices per square metre reflects a trend towards smaller lot sizes over the past decade.

Perth's median land value has grown by a massive 195 per cent over the past decade, with prices at just $201/sqm in the September 2003 quarter.

"We have long emphasised the importance of ensuring that an adequate supply of affordable, shovel-ready land will be crucial to any sustained recovery in new home building," he said.

"That task is imperative now more than ever. All levels of government need to implement the necessary reforms to address the problems affecting the residential land market.

"Reducing the excessive taxes and charges on housing as well as reducing planning and land release delays are key areas that need attention."

Residential land sales activity across the nation is up by almost 40 per cent compared with 12 months earlier.

The UDIA revealed in November that land sales across Western Australia were tracking more than 40 per cent above the 10-year average.

The number of blocks on the market meanwhile fell by 39 per cent in the 12 months to the September quarter.