Perth land sales up 12 per cent 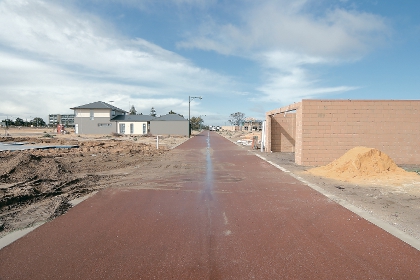 Perth has defied a national downturn in residential land sales, recording a 12 per cent increase in sales in the metropolitan region for the September quarter.

A total of 2,836 lots were sold in the September quarter, representing an 87 per cent increase on the same period last year, according to the Housing Industry Association's latest residential land report.

The HIA-RP Data Residential Land Report revealed a 17.8 per cent fall in residential land sales across the nation in the quarter.

Perth residential land sales have now increased for four consecutive quarters after bottoming out in 2011, pushing land prices to their highest level since peaking at $265,000 in the March quarter of 2008.

The median lot price in Perth for the September quarter was up 6.2 per cent to $250,000, meaning Perth remains the most expensive residential land market in the nation.

Lot sales in the south western region of WA enjoyed a modest increase while sales in the small, and therefore volatile, south eastern region are at their highest level in two years following a 51 per cent jump.

"This latest update highlights the uncertainty around whether the new home building sector can mount a recovery that is both sustainable and of the magnitude Australia's population and economy require," he said.

“After consistent increases in the number of vacant land sales over the past three quarters, the lower September result is a stark reminder that consumers remain very price sensitive and cautious about their household finances," he said.

"The broader housing market remains on a recovery trajectory, and I would be surprised if the vacant land market continued the slippage in transaction numbers we saw in September."