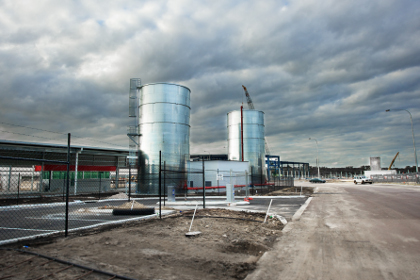 RISING: A lack of new industrial developments in Perth is putting pressure on rents.

Three Australian cities, including Perth, have been ranked among the world’s top 10 in terms of highest industrial rents, according to new research.

CBRE’s latest Global Industrial MarketView showed Perth was the 10th priciest city in the world for industrial land,  with rents at $US9.85 per square foot.

A lack of significant new development globally fuelled growth in industrial rents over 2011, and would underpin further growth over the next two years, CBRE said.

“For lending institutions, the global risks continue to outweigh the potential opportunities, so we expect that build-to-suit or pre-leases will continue to drive new supply,” Mr Charles said.

Although rental growth in Perth was mainly concentrated in prime industrial locations, particularly in the eastern suburbs, Jones Lang LaSalle head of industrial WA, Richard Parry, said most precincts experienced rental growth over the past year.

Jones Lang LaSalle research analyst Hugh Peacock said southern precincts such as Bibra Lake and Jandakot had seen rises of 12.1 percent in the year to September 2011 after a 3.8 per cent increase in the previous corresponding period.

“Locations such as these and the Henderson precinct were once considered secondary, but are now recording growth,” said Mr Peacock.

Mr Parry attributed the rises to a lack of built form supply in the Perth industrial market and the growth of the logistics sector as a consequence of the State’s resources boom.

“Ninety per cent of space under construction in the Perth market is pre-committed, further to which is a lack of large industrial sites, particularly in core locations,” said Mr Parry.

“As the research indicates, Perth continued to outperform the national market in terms of gross take-up of 11 per cent during the third quarter,” he said.

“This is a 57 per cent increase when compared to the previous corresponding period.”