Perth’s housing values increased in January, cementing the city's position as one of the country’s fastest growing property markets. 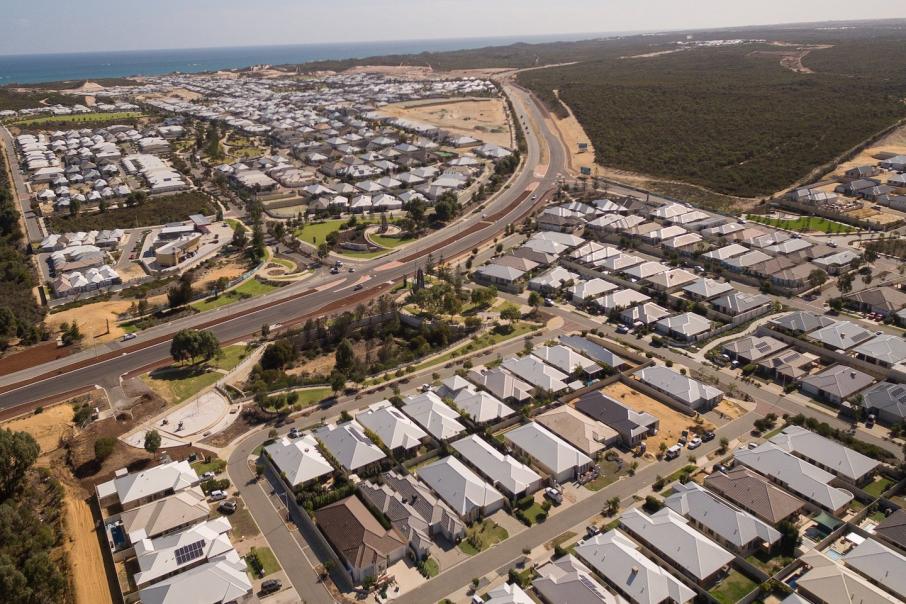 Perth’s housing values were up 3.8 per cent over the past three months, making it the fastest growing major city market in Australia. Photo: Gabriel Oliveira

Perth’s housing values continued to rise over January, cementing the city's position as one of the country’s fastest growing property markets.

CoreLogic’s national home value index lifted by 0.9 per cent in January, with every capital city recording increases. Perth and Hobart led the rise, with both markets up 1.6 per cent for the month.

Perth’s home values were up 3.8 per cent compared to three months ago, making it the fastest growing major city market in Australia, second only to Darwin (up 6.6 per cent).

“The improvement experienced in the latter half of 2020 has continued into 2021, which is pleasing to see,” he said.

“With the pandemic continuing to impact travel and our local economy bouncing back after a challenging year, more and more Western Australians are recognising that now is the time to buy.”

On an annual basis, Perth’s housing values were up 3.4 per cent, according to CoreLogic.

The CoreLogic home value index, which is calculated monthly, found national housing values had now surpassed pre-COVID-19 levels by 1 per cent, with the index 0.7 per cent higher than the previous September 2017 peak.

Nationally, house values have outperformed unit prices during the past six month, up 3.5 per cent while unit values are unchanged.

“At the same time supply levels are heightened in some precincts. While demand and supply remain imbalanced we are likely to see units continue to underperform relative to detached housing markets.”

Meanwhile, the number of loans for the construction of new dwellings nationally rose for the sixth consecutive month in December, according to the Housing Industry Association.

HIA economist Angela Lillicrap said it was the highest monthly result since the Australian Bureau of Statistics began reporting the data in 2002.

“The number of construction loans to owner occupiers in the December quarter has doubled since the same time last year. This leaves the number of loans in 2020 higher than in 2019 by 36.3 per cent,” she said.

“The number of loans for the purchase of land in the December 2020 quarter is also up by 86.3 per cent compared to the same period in 2019.”

“With housing activity continuing to rise at above average levels while listing numbers remain well below average, the natural consequence is upwards pressure on housing prices,” Mr Lawless said.

“Advertised supply levels are low while demand is strong.

“This is a seller’s market, but for some reason we are still seeing below normal vendor numbers across most markets.

“With sentiment rising and selling conditions favouring the vendor, it is reasonable to expect new listing numbers will rise as the year progresses which may help to temper housing market conditions.”

Real estate activity across CoreLogic’s RP Data Platform was up 6.5 per cent for the first 28 days of January, compared with January 2020.

However, total advertised inventory has started 2021 at record lows; nationally, total listings (which include new listings plus re-listed properties) was 27.8 per cent lower than this time last year, 29.3 per cent below the five-year average.

The number of fresh listings added to the market nationally was down 3.3 per cent compared to January 2020.

There were 8,287 properties listed for sale in Perth on reiwa.com last month.

“This is up 1.2 per cent on December, however down 33.3 per cent when compared to the same time last year, which indicates we are significantly below levels seen a year ago, however we expect more sellers will see the benefits of listing their properties now rather than later,” Mr Collins said.

“Properties continue to sell at a faster rate than they did last year, with the median days to sell sitting at just 21 days, down from 43 days in January 2020.

“There is little doubt now that the Perth market has swung into the seller’s favour and buyers are needing to act a lot faster to secure a property.”

However, house and unit sales were down slightly in January.

“The spike in sales Perth experienced during December was quite unusual, typically we see activity drop off in December and January, before lifting again as we get further into the New Year,” Mr Collins said.

“Despite sales activity trending lower in January, numerous suburbs still saw house sales improve, with the top five selling suburbs including Meadow Springs (up 75 per cent), Yangebup (up 67 per cent), Mandurah (up 67 per cent), Alkimos (up 64 per cent) and Heathridge (up 44 per cent).”

Perth still faces a tightening of rental stock, with January marking the fifth consecutive month of fewer than 3,000 properties listed for rent in Perth.

“There were just 2,826 properties for rent in January 2021, compared to 5,784 in 2020, which is a drastic reduction in stock and we currently have a serve rental shortage,” Mr Collins said.

“While in the short term these conditions will entice investors back to the market, it is imperative the WA government keep their promise to end the rental moratorium on March 28 2021 to ensure the situation does not worsen.

“With the announcement of the first case of community transmission of COVID-19, there will be a restriction on home opens for five days, but it will have a minimal short-term impact on the market, unless we see a sustained lockdown and a significant economic impact, the property market is likely to continue its strong recovery.”

The recovery in the economy, he said, was expected to offset the phasing down of income support measures and bank payment holidays.

“As a result average capital city home prices are expected to rise by around 5 per cent through the year,” Mr Oliver said.

“However, the outlook is widely divergent across cities, within cities and across units versus houses.”

Mr Oliver said that outlook was likely to be influenced by any renewed coronavirus restrictions, such as the latest in Perth.

“Although so far, new case numbers seem to be getting kept down and vaccines should help head off this risk entirely later in the year,” he said.

“It remains hard to see that the reversal in net immigration from around 240,000 people per annum to an expected net outflow of people this financial year (of -70,000) and next (of -20,000) won’t have a significant impact.

“The surge in population growth of around 150,000 people per annum taking it to around 375,000 people per annum due to higher immigration from the middle of the 2000s was the main factor explaining very expensive Australian housing over the last 15 years as the property market became chronically undersupplied.”

Mr Oliver said the collapse in population growth was likely to result in a halving in underlying demand for housing this financial year and next, coupled by the government’s simultaneous push for supporting new home construction via HomeBuilder.

“[It’s] likely to weigh on prices at some point as chronic undersupply gives way to oversupply in some areas,” he said.