Perth housing most affordable in 13 years 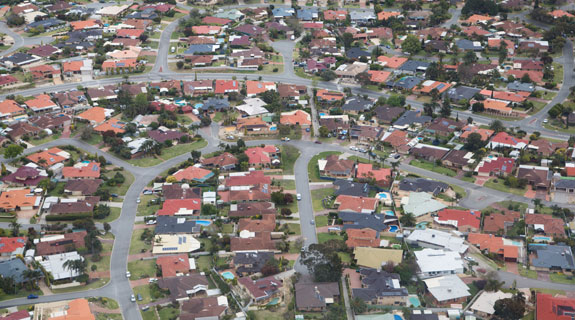 Houses in Perth are at their most affordable level since 2002, with less than 24 per cent of income required to meet loan repayments.

The finding is part of the Real Estate Institute of Australia/Adelaide Bank Housing Affordability report, which was released yesterday.

The report showed, on average, households had to use 23.8 per cent of their income to meet home loan repayments.

Affordability has been steadily improving in Perth as the median house price has fallen, with the latest data from the Real Estate Institute of Western Australia putting the median at $535,000.

Reiwa president Hayden Groves said 42 per cent of sellers were discounting to sell their homes, another factor contributing to increased affordability.

“Further analysis shows us that the most significant adjustments across price ranges in the Perth metropolitan area for the rolling three months to November 2015 is happening in the $360,000 to $500,000 range, which is traditionally the first homebuyer market, and in the over $725,000 range, which is consistent with what Reiwa members have reported,” Mr Groves said.

Mr Groves said the removal of the first home owners grant for established homes in October had had a direct impact on sales volumes, which had fallen by 13 per cent over the past three months to 1,768.

At November 30, there were 16,475 homes for sale across the metropolitan area.

Rental affordability is also on the improve, with median rents in the three months to the end of November at $395 per week, $45 down on the same time last year.

“The current weekly rent prices are also consistent with the results of the Housing Affordability Report, which found that rental affordability in WA had improved in the September quarter, with tenants now spending around 21.5 per cent of their income on rent.

Rental listings were up 16 per cent over the past three months, to 9,448 at the end of November.