Perth house values up 0.5% in March

The value of Perth’s houses increased 0.5 per cent in the month of March, strengthening the recovery underway for the past six months, but the onset of COVID-19 means the recent gains are unlikely to continue. 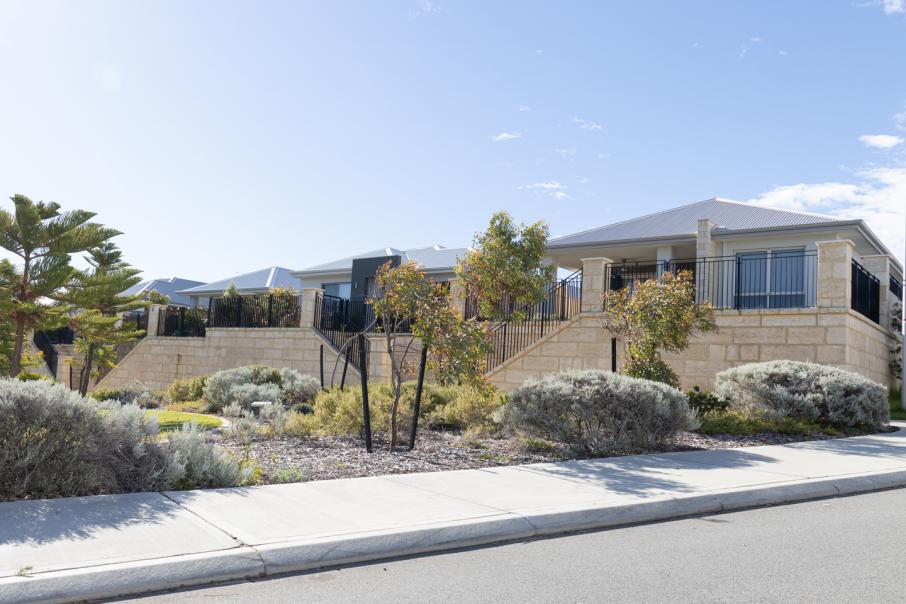 The month of March was Perth’s fifth consecutive month without a drop in value. Photo: Gabriel Oliveira

The value of Perth’s houses increased 0.5 per cent in the month of March, strengthening the recovery under way for the past six months, although the onset of COVID-19 means the recent gains are unlikely to continue.

The latest report from CoreLogic showed Perth house values were up 0.9 per cent in the March quarter.

The month of March was the city’s fifth consecutive month without a drop in value.

Across the country, house values rose by 0.7 per cent in March, with Sydney up 1.1 per cent, outperforming Melbourne at 0.4 per cent.

CoreLogic noted that most cities had enjoyed a buoyant first half of the month, offset partly by a slump in the second half as COVID-19 precautions took effect.

Capital city dwelling prices have risen 8.9 per cent in the past 12 months, though the monthly pace of increase has diminished from a high of 2 per cent in November to 0.7 per cent come March.

Eluding to the various government-imposed restrictions across the country, CoreLogic’s research director Tim Lawless said capital growth trends would be contingent upon how long it took to contain the virus, and whether additional constraints on business or personal activity were introduced.

He said with restrictions on home opens and auctions, buyer activity would fall dramatically, causing a sharp drop in transactions across all states.

AMP chief economist Shane Oliver agreed with this perspective, noting that a 30 per cent fall in auction clearance rates during March already displayed the effects of coronavirus disruption.

“Prices are likely to fall as unemployment rises triggering debt servicing problems,” Mr Oliver said, adding that even after the biological threat of the virus was gone the economic repercussions would cause values to remain depressed.

With federal and state government stimulus packages hoping to prevent the unemployment rate passing the 10 per cent mark, Mr Oliver was hopeful house values would not dip by more than 5 per cent.

However, he said a long-term shutdown period combined with unemployment above 10 percent could result in a deeper property price downturn of 20 per cent or so over the next 12 months.

This worst-case scenario being the result of a confluence of other contributing factors such as wage compression, investor financial strains, a six-month cease of immigration and a housing oversupply in certain markets," Mr Oliver said.

CoreLogic’s report said no-one knew exactly how long the pandemic or self-isolation directives would last, therefore no accurate forecast could yet be made of what the next quarter would bring.

Mr Lawless did stipulate, however, that “the longer it takes to contain the virus and bring economic operations back to normal, the higher the downside risk to housing prices”.

Elsewhere in the report, a survey of real estate agents found that for 60 per cent of agencies, real estate related-enquires had fallen by half in the past few weeks, implying an imminent reduction in property listings and sales for the next quarter.

In contrast, it is expected that once the virus is contained a strong bounce-back will be experienced. The effects and potency of agencies adopting e-home opens or virtual property tours to work around social distancing laws remains to be seen.

This morning, Real Estate Institute of Western Australia (REIWA) president Damian Collins called upon the WA government to reduce stamp duty charges by 75 per cent on all property transactions, hoping the measure would encourage purchases.

"Last week we have seen a significant drop in the number of sales transactions, with March having a total of only 2,205 sales for the month, which is down 23 per cent and is down 24 per cent from an annual perspective," Mr Collins said.

He said Perth housing stock levels were 25 per cent lower than the same time last year – a major factor in the market’s recovery prior to the pandemic.