Perth house sales down but capital growth up 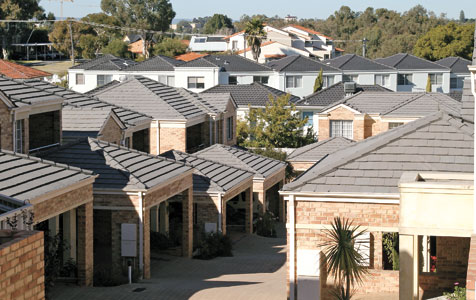 According to REIWA, Perth house prices fell 1 per cent for the June quarter, but analytics and research companies RP Data and Rismark International say Perth is the best performing capital city in terms of house values after it recorded 4.6 per cent higher capital growth for houses compared to last quarter.

RP Data research director Tim Lawless said Perth, Sydney and Melbourne had led the housing and unit market in capital growth during the past three months.

"The housing (including units) market is being buoyed by very positive conditions in Sydney, Perth and to a lesser extent Melbourne, with residential values in these cities now 3.7 per cent, 4.4 per cent and 2.4 per cent respectively higher over the past three months alone," Mr Lawless said.

"At the other end of the scale you have cities like Adelaide, Brisbane and more recently Darwin, where conditions are more sedate with dwelling values slipping lower over the past quarter."

In Perth, REIWA data showed sales were varied, with the City of Belmont recording a 30 per cent jump in sales during the past three months, compared to the Bayswater and Bassendean area, where sales fell 38 per cent.

REIWA said generally there had been a softening in house sales since April, with sales in July down 5 per cent across Perth and just 2,003 houses selling since April.

It said the more expensive western suburbs market had been hit by a softening in sales, including the coastal areas of Stirling and the City of Vincent.

There are currently only 8,835 properties for sale, compared to 11,397 properties at this time last year.

In the rental market, REIWA said there were almost twice as many properties for lease compared to last year, with 4,046 properties available now compared to 2,400 in August last year.

Median rents in Perth have remained stable, at $480 for a house and $455 for a unit, apartment or villa.