Industry forecasts expect Perth’s housing market to continue to perform in 2021, anticipating price gains of close to 10 per cent. 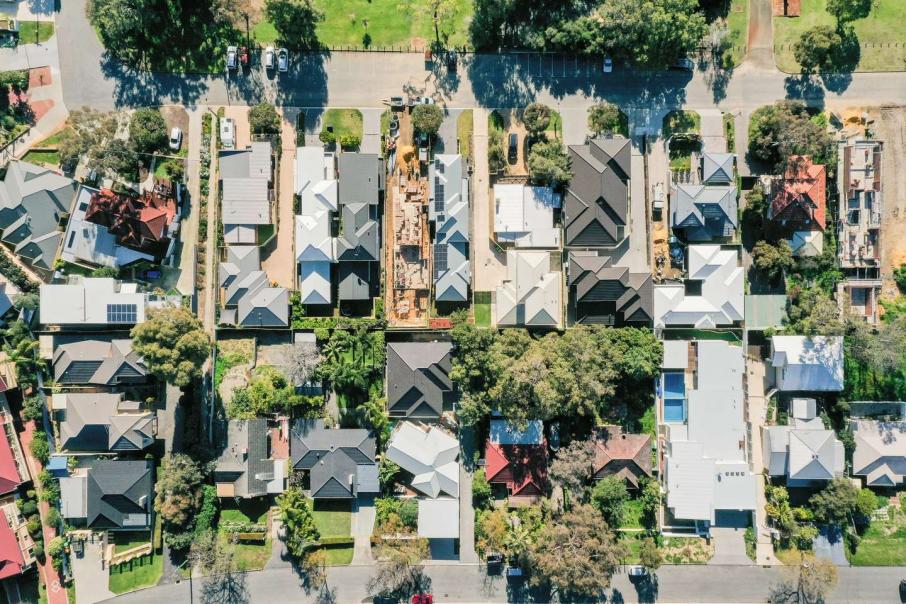 Perth house sales were up 42.5 per cent in December 2020, compared with December 2019. Photo: Gabriel Oliveira

Industry forecasts expect Perth’s housing market to continue to perform in 2021, anticipating price gains of close to 10 per cent.

All major Australian capital cities recorded an increase in dwelling prices, the index revealing Darwin delivered the largest rise for the month (2.3 per cent) and for the December quarter (5.5 per cent), followed by Perth, Adelaide and Brisbane (which all recorded a 1.1 per cent increase for December).

National home values finished 3 per cent higher than the beginning of 2020 (at a median price of $574,872), with regional house prices increasing by 6.9 per cent over the year.

Perth housing values increased 1.1 per cent in December and rose 2.8 per cent rise over the quarter.

Although numbers were trending in the right direction, CoreLogic noted Perth’s dwelling values remained 19.9 per cent below its 2014 peak.

“The number of residential property sales plummeted by 40 per cent through March and April but finished the year with almost 8 per cent more sales relative to a year ago, as buyer numbers surged through the second half of the year,” Mr Lawless said.

“Despite the volatility, housing values showed remarkable resilience, falling by only 2.1 per cent before rebounding with strength throughout the final quarter of 2020.

“Containing the spread of the virus has been critical to Australia’s economic and housing market resilience.”

AMP Capital chief economist and head of investment Shane Oliver, however, is more optimistic with his predictions, pointing to record low mortgage rates and government homebuyer incentives as underpinning further boosts in Australian home prices through 2021.

But the outlook was largely divergent across capital cities, he said.

“Perth and Darwin home prices are finally recovering from a multi-year bear market that went bust with the end of the mining investment boom,” Mr Oliver said.

“The surge in immigration played a big role in the outperformance of Sydney and Melbourne into 2017 and this is now going into reverse.

“Expect average price gains of close to 10 per cent in Adelaide, Brisbane, Perth, Darwin and regional areas and around 5 to 7 per cent in Canberra and Hobart.”

Perth house sales were up 42.5 per cent in December 2020, compared with December 2019, according to the Real Estate Institute of Western Australia.

REIWA recorded 3,067 transactions for the month, with Perth’s median house price remaining stable in December at $480,000.

“Traditionally December experiences a reduction in the number of house sales due to buyers going away for the festive period, yet this year we have seen a significant increase in buyer activity, which suggests that people are taking advantage of the market conditions whilst they are unable to travel,” REIWA president Damian Collins said.

“Agents on the ground have reported that good, quality stock is being snapped up fairly quickly and with listings for sale decreasing 16.5 per cent in December, it is only a matter of time before median prices start to increase.”

REIWA data found Kelmscott recorded the largest increase in median sale price for the month – a 6.2 per cent rise to $375,000.

“Rounding out the top five was Girrawheen which also experienced a four per cent increase to $310,000 and Applecross with a 3.4 increase to $1.5 million,” Mr Collins said.

Mr Collins was also confident Perth house prices would rise in the 2021 calendar year, predicting an increase between six and 10 per cent.

Meanwhile, listings fell by 14.5 per cent in December when compared with November and were 56.6 per cent lower than numbers seen in December 2019.

REIWA said Perth’s overall median rent increased by $5 to $395 per week to its highest level since February 2016 – representing the fourth consecutive month of rental increases.

“As we see rental stock levels continue to remain low, we can expect rents to continue increasing, however we need to remember that rents are still a lot cheaper than they were in 2014,” Mr Collins said.

On an annual basis, said the change in annual rents has been strong in Perth and Darwin, according to CoreLogic, with data showing residential rents were up by about 10 per cent in both cities and unit rents 6.8 per cent higher in Perth.

Mr Lawless said that strength was due to strong demand and minimal supply additions, off the back of a longer-term trend of weak rental conditions in both markets.

However, Perth rents remained 10.4 per cent lower than the previous rental price peak in May 2013, he said.

“Both Perth and Darwin have recorded below average levels of investor activity since housing market conditions started to cool in mid-2014 which has led to a shortage of rental stock,” Mr Lawless said.