Australia has recorded its highest annual rate of house price growth since 2004, however Perth has continued to underperform, according to the latest data from CoreLogic. 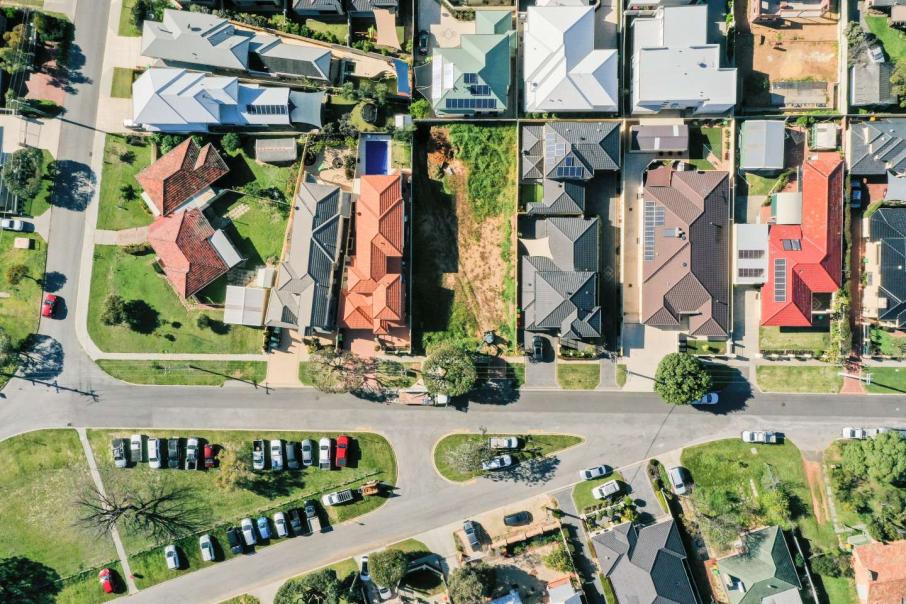 Australia has recorded its highest annual rate of house price growth since 2004, however Perth has continued to underperform, according to the latest data from CoreLogic.

National home values rose 1.9 per cent in June, pushing up annual growth to 13.5 per cent for the financial year.

CoreLogic found the growth in Australian dwelling values was led by houses, with national values increasing by 15.6 per cent over the year.

“This is the highest annual rate of growth seen across the Australian residential property market since April 2004, when the early 2000’s housing boom was winding down after a period of exceptional growth,” CoreLogic head of research for Australia Eliza Owen said.

“However, there are some markets where performance is starting to ease more notably.”

That included Perth, which recorded a subdued 0.2 per cent lift in dwelling values across June – the lowest level of monthly price growth across Australia.

Darwin recorded the highest annual rate of growth across Australia’s capital cities, with dwelling values up 21 per cent over the financial year.

That was followed by Hobart, achieving 19.6 per cent growth in prices, and Canberra (18.1 per cent).

Perth recorded one of the lowest levels of annual growth in dwelling values – 9.8 per cent – only slightly higher than Melbourne’s 7.7 per cent annual growth figure.

Ms Owen said a loss of momentum in house price growth had been emerging in Perth over recent months: for Perth dwellings, the monthly increase in values had averaged 1.4 per cent between January and May 2021, before falling to 0.2 per cent in June.

“The key to understanding the softer performance in these resource-based markets may be a slightly different supply[1]demand dynamic compared to the other capital cities and regions,” Ms Owen said.

“CoreLogic monitors a ‘sales to new listings’ ratio, which divides the monthly volume of settled sales by new listings brought to market.

“For the past three months, the sales to new listings ratio has averaged 1.1 across Darwin and Perth.

“While the implication is that there is 1.1 sales for each new listing, which could be enough to elicit further growth in dwelling values, these are the lowest sales to new listings results of the capital city markets.”

CoreLogic estimated that in the year to June 2021 there were approximately 582,900 transactions nationally - the highest annual sales volume observed since February 2004.

“The smaller growth rate recorded in June is also not surprising given we have entered the traditional winter slowdown,” Mr Collins said.

“In fact, it’s encouraging that even as the colder weather has descended upon us and activity has eased slightly, we are still seeing price growth.

“This will hold Perth in good stead as we transition out of winter and into the spring selling season in the coming months.”

Perth home values increased by 7 per cent in the first half of 2021 – but that was still the lowest growth recorded of all major cities across Australia, with Hobart recording the highest year-to-date (YTD) growth of 15.5 per cent, closely followed by Sydney (15.4 per cent).

Looking at houses alone, Perth also recorded the lowest YTD growth in prices (7.3 per cent) and second lowest rate of annual growth of 10 per cent, just above Melbourne (8.9 per cent).

Meanwhile, Perth unit prices performed better than most other major capital cities: up 6.3 per cent YTD, only behind Hobart (19.8 per cent), Darwin (11.5 per cent) and Sydney (8.2 per cent).

On an annual basis, Perth units achieved more price growth than Sydney (8 per cent compared to 5.1 per cent), with Hobart and Darwin continuing to dominate (up 21.3 per cent and 19.8 per cent respectively).

“Whilst overall growth rate figures are important for understanding market trends, they don’t tell you the whole story. It’s very pleasing that when we drill down to suburb level, 84 suburbs recorded significant median house sale price growth during the month,” Mr Collins said.

Perth’s median house sale price for June was $510,000, according to reiwa.com data.

Other suburbs that performed strongly were Subiaco, Kalamunda, Tapping, Nedlands and Wanneroo.

The real estate platform recorded 8,933 Perth properties listed for sale - down one per cent in June when compared with the listings at the end of May.

“We saw a small decline in listings at the end of June compared to May, but compared to three months ago, listings for sale have increased 8.1 per cent,” Mr Collins said.

During June it took, on average, 15 days to sell a home, which was one day slower than in May.

“Despite the minor increase in median selling times, the figure for June is still close to the lowest we have seen in the last 15 years,” Mr Collins said.

“While the Perth sales market slowed slightly in June, it is still performing well and competition amongst buyers remains high. REIWA anticipates the Perth market recovery will continue throughout the second half of 2021 and into 2022,” Mr Collins said.

In June, Perth’s median rent price achieved a monthly increase of $5, to sit at $425 per week, but Mr Collins reaffirmed that the state remained the most affordable place in the country to rent.

“Despite the small increase recorded to the Perth median rent during the month, it is still $25 cheaper than it was in 2013 and 2014, when it peaked at $450 per week,” Mr Collins said.

In the year to June, Australian rent values increased 6.6 per cent; the strongest annual appreciation in rents since February 2009.

Darwin achieved the highest annual growth in rent values (21.8 per cent) across residential dwellings, followed by Perth (16.7 per cent).

“As with national home values, much of the increase in rental rates may be associated with government stimulus, increased household savings and a strong economic recovery from COVID restrictions,” Ms Owen said.

“Rent value increases may also be a function of more subdued investor activity between late 2017 and mid-2020, and the resulting lower rental supply, as well as more demand deflecting towards rental markets in areas where home ownership has become less attainable due to affordability challenges.”

There were 2,818 Perth properties for rent at the end of June on reiwa.com - 5.7 per cent higher than three months ago.

“The listing figures for June are encouraging. While we are by no means out of the woods, it’s pleasing that stock levels have started to stabilise and on a three-month basis are improving,” Mr Collins said.

“The Perth vacancy rate is currently at one per cent. We’d like to see that lift to around two to three per cent to restore balance in the market.

“With investor finance levels starting to rise, we should hopefully see more properties come to market in the second half of the year.

“It is imperative that investors remain an active part of the WA market so there are enough rentals to keep up with tenant demand. The outcome of the Residential Tenancies Act review, which is currently underway, needs to be fair for all parties and ensure investors aren’t disincentivised from buying in WA.”