North Fremantle, Claremont and West Leederville are among 12 Perth suburbs to record a growth in house price after experiencing price falls last year. 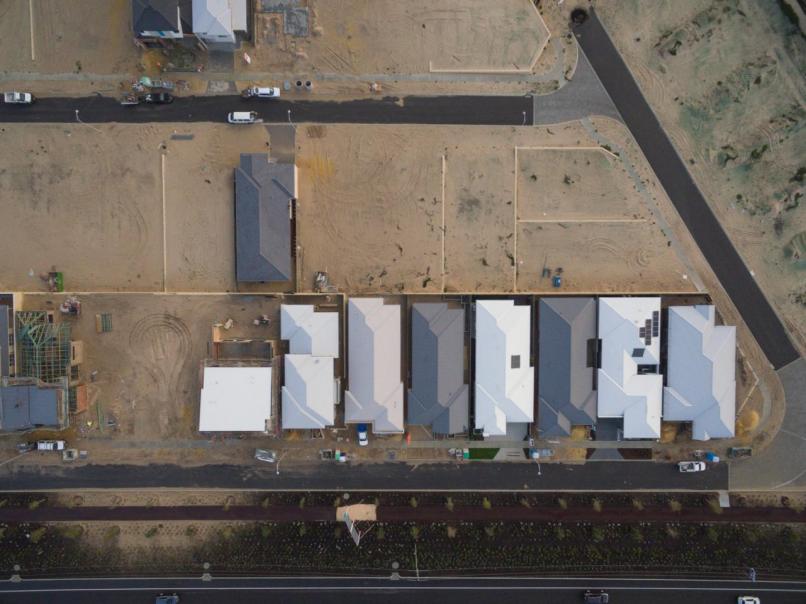 North Fremantle, Claremont and West Leederville are among 12 Perth suburbs to record a growth in house price after experiencing price falls last year.

Data from the Real Estate Institute of Western Australia released today has highlighted several suburbs across the metro area to record strong house price growth in the 12 months to June 2018, following a previous year of decline.

Bicton was the next top performer, with a 17.6 per cent median house price increase this year after declining 6.5 per cent last year.

Next came Nedlands, Kallaroo and West Leederville, where house prices lifted by 15.5 per cent, 14.6 per cent and 13.4 per cent respectively in the 12 months to June 2018. 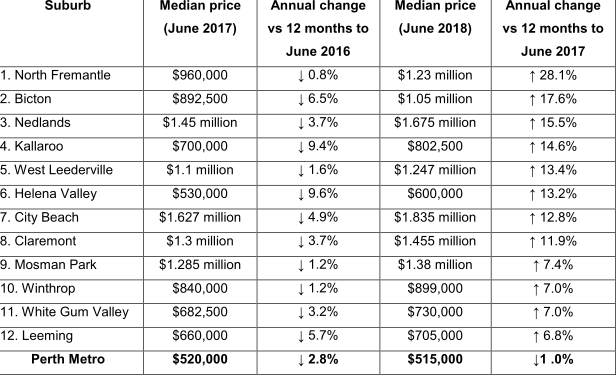 Reiwa president Hayden Groves said all of the suburbs on the list had higher median house price values than they did in 2016, just prior to the decline.

“Perth’s aspirational suburbs are really leading the way in the property market’s recovery,” he said.

“Last quarter there were more house sales recorded in the $800,000 and above price range, which is a trend that also occurred during the December 2017 quarter. In addition, recent reiwa.com data also shows 11 per cent of house sales in Perth now sell above $1 million.”

Mr Groves said another interesting observation was that nine of the 12 suburbs had faster average selling days than the Perth Metro region average of 66 days, with Nedlands (28 days), Claremont (40 days) and West Leederville (47 days) the standouts.

“There is genuine competition amongst buyers in the luxury end of the Perth market, forcing buyers to act fast in these areas and pay a premium to secure the property,” he said.

“Home owners in these suburbs who are thinking of selling would be wise to take advantage of these favourable market conditions.”