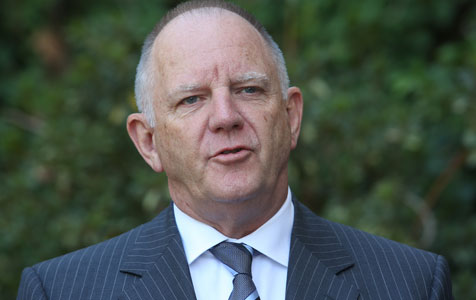 Perth’s median house price may have peaked in the March quarter, as listings rise and sales fall, according to data released by the Real Estate Institute of Western Australia.

REIWA reported over the weekend that the median house price in the metropolitan area rose modestly in the March quarter, despite a significant fall in the number of first home buyers purchasing existing dwellings.

The figures are largely consistent with data released last week by RP Data-Rismark, which indicated Perth dwelling prices rose 0.2 per cent in April to come in at $530,000.

The number of first home buyers purchasing existing homes fell by 17 per cent, with the bulk of home sales for the quarter occurring in the middle range, according to REIWA president David Airey.

“Overall the market has been relatively stable for the last nine months with turnover around the long-term average, despite the 6 per cent drop in sales when compared to March last year,” Mr Airey said.

The largest drop in turnover was in the south-east region, with Gosnells, Kelmscott and Armadale home sales dropping 5 per cent, which Mr Airey said was a reflection of the reduction in first-time buyers.

However in the south west region, from Cockburn to Rockingham, experienced a 10 per cent rise in sales.

Sales in Fremantle were up 14 per cent, REIWA said.

The number of properties on the market at the end of March was 10,070, up 22 per cent on the same time last year.

Mr Airey said around 45 per cent of sellers had dropped their asking price to secure a deal.

“With listings going up, sales dropping back and the median price steady, it’s possible Perth many have peaked for the time being,” he said.

Perth’s median rent was unchanged at $460 per week, with more than 5,000 properties available to lease.

“Our property managers are reporting that with the increased stock in the rental market it now takes around 30 days to secure a lease on a property, up by a week on the same time last year,” Mr Airey said.