Median home values in Perth fell by 0.6 per cent over the first month of 2015, according to market analysts RP Data, to finish January at $525,000. 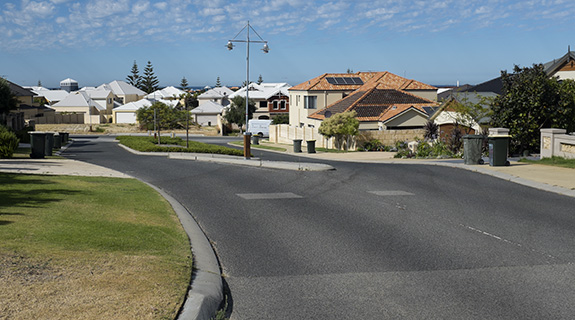 Median home values in Perth fell by 0.6 per cent over the first month of 2015, according to market analysts RP Data, to finish January at $525,000.

Perth was the third-worst performing capital city according to the RP Data figures, with only Adelaide and Darwin recording losses, of 1.2 per cent and 1.3 per cent, respectively.

Melbourne values were up 2.7 per cent over the month, while Sydney values increased by 1.4 per cent.

However, in the three months to the end of January, Perth’s median home price was up 2.2 per cent.

Hobart recorded the best quarterly gain, with median home values in the Tasmanian city rising 4.4 per cent to $341,000.

“Generally, Hobart has recorded the lowest rate of capital gain since the onset of the GFC, however housing market conditions have been improving,” Mr Lawless said.

“Local economic conditions have been improving and Hobart homes are the most affordable of any capital city.”

The RP Data figures follow preliminary data for the December quarter released by the Real Estate Institute of WA, which put the median price between $552,000 and $554,000, up 0.4 per cent on the preceding three months.

The REIWA data showed Perth’s median was up 4.6 per cent at the end of December, compared to the same time in 2013.

REIWA said the median rose in the December quarter because of an increase in reported sales in several more expensive markets, including the western suburbs, Melville and Stirling west.