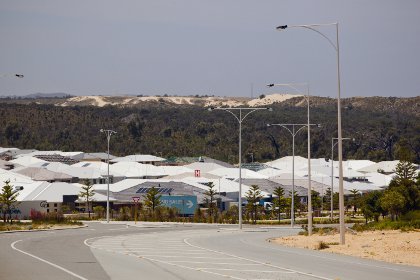 Home values for the quarter, however, achieved a 1.1 per cent rise in Perth.

Across Australia, five of the eight capital city markets recorded growth for the month, contributing to a national rise of 0.3 per cent.

In Melbourne, house prices rose 1.5 per cent in February, while Darwin home values rose 2.3 per cent.

On a quarterly basis, however, every capital city recorded a lift in dwelling values other than Adelaide and Darwin.

Darwin homes were down 2.5 per cent, while Adelaide houses dipped by 0.3 per cent for the quarter.

“The February results are not as broad-based as what was recorded in January with half of Australia’s capital cities recording a lift in dwelling values over the month, while the other half recorded a drop,” RP Data research director Tim Lawless said.

“A recent statement by the RBA governor and the House of Representatives noted that lending rates have fallen to levels not far from their historic lows and the share of household income devoted to interest payments has declined considerably while housing affordability, as conveniently measured, has improved a lot over the past two years,” Mr Skilbeck said.