A UK company has joined forces with a Perth projects and contract management group to set up the state’s first manufacturing business dedicated to modular building. 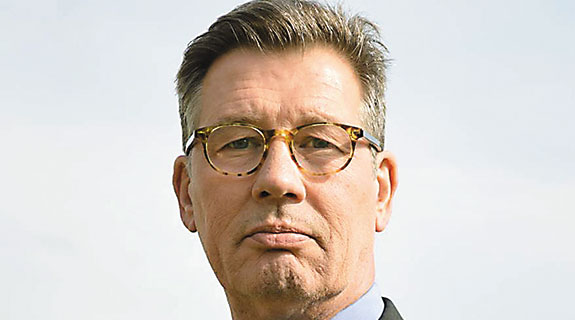 EDITOR'S NOTE: Business News has updated this story to clarify the information presented. It was not our intention to mislead our readers. We were aware of other modular building companies which operate in the state. We didn't intend to ignore them, but due to a badly worded opening sentence it appears we have. We have now reworded the opening sentence to provide the clarity, which we should have originally done.

UPDATED: A UK company has joined forces with a Perth projects and contract management group to set up a large-scale manufacturing business dedicated to modular building, thought to be WA's first facility at the same level as national and international companies Hickory Group and CIMC Modular Building Solutions.

ApplyInnovation, an English company based in Bath, is poised to announce within weeks the partnership to design and build residential and mid-tier buildings for a range of uses likely to include aged care, hotels, student housing and offices.

Anthony Pearce, director of innovation at ApplyInnovation, said his company had researched and negotiated the venture for nearly two years.

It’s understood the local company, which has been involved in mining construction work, initially approached ApplyInnovation as part of long-term plans to diversify and innovate.

Both parties have narrowed down their preferred manufacturing site to two locations and will pick one shortly.

Mr Pearce said the joint venture, to be called ApplyModular Australia, aimed to begin production by the beginning of next year and would employ about 100 local staff by the end of 2016.

It will use lean manufacturing principles ApplyInnovation developed by adapting lessons learned in Japanese automotive factories. ApplyInnovation has built 40,000 modular units over the past 15 years.

Modular building, which enables the vast majority of construction to take place in a factory where transportable modular parts are created then assembled on site at a rate much quicker than traditional construction methods, is increasing in popularity in Western Australia.

However, large-scale modular building manufacturing for hotel or apartment projects has been restricted to the domain of Chinese-based CIMC Modular Building Systems and Melbourne-based Hickory Group’s factories.

He said the company aimed to cut costs by reducing building material waste.

“I’ve been shocked by the amount of waste that construction produces all over the world,” Mr Pearce said

“It’s a fundamentally inefficient process and it’s not surprising because it’s a difficult environment.

“To build good quality buildings on a construction site it’s not easy and waste is a significant problem, so we aim to get our waste down to less than one per cent of the build cost value and we do that by optimising designs for material sizes.

“It’s easier to do that if you’re in a factory in a controlled environment.”

Mr Pearce said the modular factory would deliver projects with a range of advantages, including a smaller carbon footprint, compared to similar buildings constructed traditionally due to both advanced production processes and enhanced performance of the completed buildings.

“We will take costs out at a square metre rate, but we’ll also take costs out in delivering the buildings in potentially up to half the time,” he said.

“The cost of development is reduced and the impact on neighbours during the construction process is reduced.”