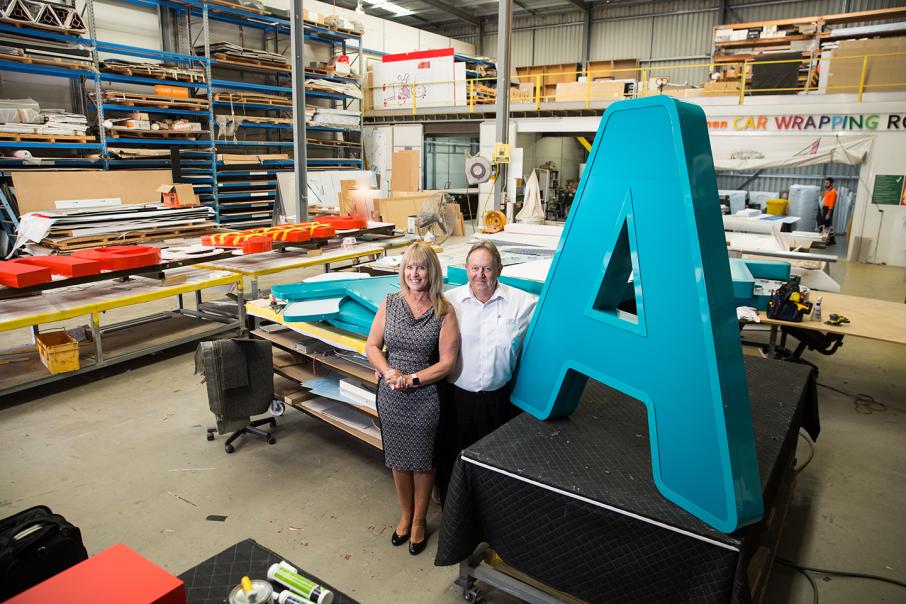 Malaga-based Kingman Visual was founded by Vernon and Dianne Kingman in 1984 and has since grown to 60 staff.

Mr and Mrs Kingman recently sold 100 per cent of their ownership after running the business for three decades.

“We’ve had a really good ride over the last 36 years, I’m 64 years old now and it’s time for me to take a back seat and slow down and enjoy the fruits of our labour,” Mr Kingman told Business News.

“We just got to the point in our career where it was time to smell the roses and cut back a bit. [The new owners] want to expand and they’ll do that quite successfully there’s no doubt about it”.

Mr Kingsman said he had been in talks with the new owners since 2019 and that he would continue to assist the business in a consulting capacity.

Mr Grover has been a partner in the corporate finance team at accountancy and advisory firm BDO Australia since December 2017.

Mr Asch, who will now lead Kingman Visual as managing director, has most recently been chair of marketing agency Roobix, following its acquisition of fellow marketing agency Titan Digital in 2018.

He has also been the director of boutique private equity firm NTM Capital since October 2019.

Mr Asch said he was honoured to lead Kingman and was excited to work with the existing team.

“There is much to learn, but with an outstanding team of people, and under the watchful eye of Vernon Kingman, we intend [to embark] on a growth strategy that will include a mix of organic growth, diversification and consolidation,” Mr Asch said.

Graham Baldisseri, an experienced executive from the mining sector, will also join the Kingman Visual team as chief financial officer.