The City of Perth’s small but growing residential population is increasingly the target of those seeking council positions. 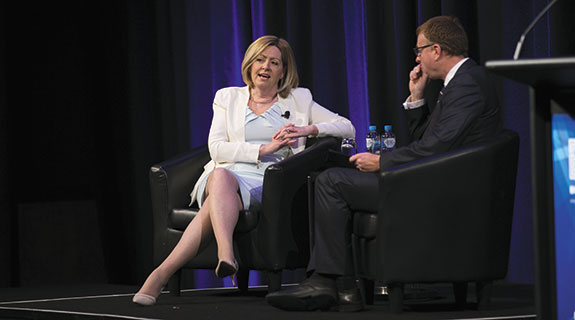 The City of Perth’s small but growing residential population is increasingly the target of those seeking council positions.

The days when the Perth was derogatorily referred to as ‘dullsville’ are well behind it.

In fact, Lord Mayor Lisa Scaffidi has dropped reference to that term from her vocabulary altogether, as she continues her ‘get Perth moving’ campaign, which helped her claim the top local government position in 2007.

Ms Scaffidi is seeking to extend her eight-year tenure over the city, riding on her high profile and largely positive reputation, and a strong public perception that she has contributed to Perth’s remarkable decade-long transformation.

Many in business believe Ms Scaffidi has been a key driving force, especially after years of division in council before her reign as lord mayor began.

Not all agree of course. Political rival Reece Harley, the sole challenger to Ms Scaffidi in the upcoming October 17 City of Perth election, has come out swinging.

The 28-year-old City of Perth councillor, who will retain his post if he loses the mayoral contest, says the lord mayor has trumpeted a track record and plan for Perth he says is largely the work of the state government and that of private investors.

Ms Scaffidi has acknowledged the level of teamwork required to achieve many of the positives that have taken place under her time in office; better night life in Perth, and key developments including Elizabeth Quay, undergrounding the CBD rail network, and City Link – have all been collaborative efforts by the council, government and private investors, according to the lord mayor.

“I think the truth is, successive state governments have had a strong vision for Perth,” Mr Harley told Business News.

“It’s state government projects ... that are driving and transforming our city.”

Mr Harley, whose $10,000 self-financed campaign is based on cutting red tape, making the city more liveable and council more transparent, said he believed he had a good chance of winning, based on supportive responses from many of the 700 or so city residents and business owners he had ‘doorknocked’ so far.

Perth entrepreneur Michael O’Hanlon, who was the first candidate to declare he was running for lord mayor in June, told Business News he had withdrawn because some of what he wanted to change aligned with Mr Harley’s proposals and he didn’t want to create a situation where they cannibalised each other’s chances.

In the City of Perth election held in 2013, less than a third of enrolled constituents, or about 3,000 people voted, down from the 44.8 per cent of enrolled people who voted in 2011. In the 2011 poll, Ms Scaffidi beat retail property investor Anne Bontempo when she secured 64 per cent of votes cast, or just over 2,700 votes.

There are thousands of businesses (which are allowed two votes each) and about 26,000 residents within the City of Perth, but not all of them are enrolled to vote and voting is not compulsory.

Mr Harley said he was disappointed by Ms Scaffidi’s failure to share detailed policies or her own plans for the next phase of Perth’s growth at this week’s Business News Success & Leadership event, at which she was the key speaker.

Ms Scaffidi told the more than 300 audience members she felt compelled to run again because she had widespread support and unfinished business, most notably a need to see out proposed legislation set to expand the City of Perth’s geographic reach, following the failed state-government plan for widespread council amalgamations.

She said the council could better pursue economic development under the City of Perth Act, which would bring Kings Park, the University of Western Australia, the new Perth Children’s Hospital and the Queen Elizabeth II Medical Centre, along with more than 1,100 Subiaco and Nedlands residents under the auspices of the expanded council that currently encompasses 8.1 square kilometres.

In a wide-ranging question and answer session, Ms Scaffidi said there was a need for greater public transport in the city, and cited concerns growing congestion could force companies to relocate outside of the CBD.

Ms Scaffidi said she planned to continue the ‘delicate role’ of consulting with residents and businesses as development went ahead.

“Quite often a lot of residents don’t necessarily want what business wants, and it’s a very interesting interface to have to manage,” she said.

“You’ve got to respect the needs of the inner-city residents who have chosen Perth, and ... understand inner-city living is something to embrace, but at the same time we need to be cognisant of the fact that business is a very big part of our capital city.”

The lord mayor applauded the federal government’s appointment of a minister for cities and the built environment, and said she would like to see a master plan developed for West Perth – a locale that was once a thriving hub of medical, technological and resources companies but now had a high office vacancy rate. 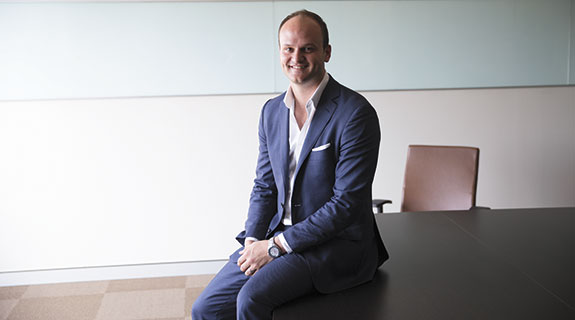 ALTERNATIVE: Reece Harley is also gunning for the top job and believes he has a good chance to unseat the incumbent lord mayor.

He said while billions of dollars of investment had flowed into the city from a wide array of stakeholders, constituents were telling him they wanted a more liveable city and less red tape.

To that end, he said he planned to put all councillor gift declarations, travel expenses and council meeting recordings online and restrict the current $13,360 per year expenses allowance by removing allowances for clothing, haircuts and shoes.

“I really do think that the majority of electors in the city believe it’s time for change and that’s why I nominated,” Mr Harley said.

Leaving aside the lord mayoral race, four councillor positions are on the line at the October poll.

Ms Green is a former investment banker, who has been increasing her public profile, incorporating her research on disruptive energy and building technologies in a number of Perth business projects.

Ms Green said she was keen to attract new technology companies into Perth and make it a city of innovation and a true technology capital of Australia.

Another contender is Mr Clarke, who narrowly missed out on a councillor position at the last election.

Mr Toulalan, who is also an advocate for greater cycling and pedestrian infrastructure, and shares Mr Harley’s goal to abolish alfresco fees, said he was campaigning for trams, better activation of new buildings, and more effective strategies to help the homeless.

The youngest candidate, 22-year-old Mr Shiefler, told Business News he was serious about being elected so he could contribute to putting residents first, removing bureaucratic impediments for business, and increasing innovation.

Mr Hardy, who served as a councillor between 2004 and 2009, said he wanted to improve liveability and believed the proposed City of Perth Act would help the council to better promote Perth.