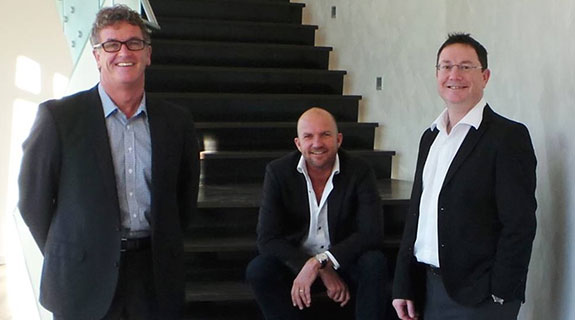 Velpic chief executive Russell Francis said that, after growing annual turnover to $1.5 million for its 'software as a service' cloud-based training platform in three years, Velpic turned to Subiaco Capital to raise funds for further expansion.

Under the terms of the deal announced today, ASX-listed International Coal has entered into a conditional option agreement to buy 100 per cent of the issued capital of Velpic as well as its sister firm, brand technology agency Dash Digital.

Mr Francis told Business News the reverse takeover involving the issue of 250 million shares at 2 cents each on a staggered schedule tied to milestones was an appropriate mechanism out of a number the company considered.

Part of the milestone conditions include raising sufficient funds so that the company holds a minimum of $3 million in cash.

“There were several opportunities for us to raise capital, but this one seemed like a good option for us,” Mr Francis said.

International Coal director Harry Karelis said the deal was driven by wanting to provide returns to shareholders, which in the current market had been dogged by a lack of interest in coal, and a view Velpic’s online training platform was readily mass-marketable.

“They wanted to access capital, which was what we can provide them to really turbo charge the sale of that system,” Mr Karelis said.

“All their clients to date are in Western Australia ... so there’s a big bad world out there and we think we can really turbo charge their sales and spread the word."

Mr Karelis, who has been previously involved with Perth biotech firms, said the company would hold on to its mostly thermal coal assets in Queensland, for now.

“There’s a fundamental belief that some of those tenements are worth quite a lot of money, but just not today," he said.

“And there are some groups that have expressed some interest in acquiring the whole portfolio from us, but we’re not in any hurry to get rid of them for the wrong price."

Mr Karelis said the company, which on completion of the transaction will change its name to Velpic, was dedicated to ensuring its new direction was profitable.

“From a shareholders' perspective, the interest in coal assets is zero and likely to remain so for some time," he said.

Mr Francis said he hoped with international growth he could add to staff numbers at Velpic and Dash Digital, which currently employ 22 people.

Glen Moora is the director of Velpic and Patrick Connell leads Dash Digital, which formed during the merger of Chameleon Creative and Reignite.

Based on a share price of two cents, the total value of the transaction will be $5.2 million, including a cash payment of $200,000 to be retained as working capital within Velpic.

Mr Karelis said he couldn’t see any reason why shareholders would not approve the deal, which will put to a vote at the end of July, with relisting as Velpic on the ASX due to occur late September.

International Coal's shares were up 36 per cent at 1pm WST today, to 3 cents.