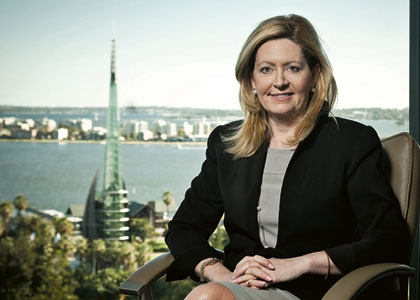 Perth City Council has backed more generous plot ratio bonuses across large parts of the city, with the hope it may encourage more hotel and residential developments in the CBD.

The council’s planning committee voted unanimously late last month to increase the maximum bonus plot base ratios for residential and hotel developments in areas surrounding the city’s train stations and town centres, effectively allowing for more floor space to be added to such developments.

“The eligibility for bonus plot ratio will be expanded to encourage residential development in the city core as well as much-needed hotel development and a variety of other short-term accommodation options to meet the diverse needs of the business and tourist sectors in the city.”

The increase will allow the maximum plot bonus to rise from 20 per cent up to 50 per cent.

The amendment follows a 2008 study conducted by the City of Perth into meeting its growth needs.

That study found that Perth generally had a lower permitted plot ratio than other Australian capital cities, with no significant change to those ratios since 1985.

Currently, the highest plot ratios in the city are 5:1 in an area bounded by Wellington Street, Victoria Avenue, Mounts Bay Road and Milligan Street, allowing a 1,000 square metre property to have up to 5,000sqm of floorspace at the base ratio.

Where a 40 per cent bonus may be awarded, it would be eligible for an additional 2000sqm of floorspace.

The amendment will be assessed by the Environmental Protection Authority before being released for an extended 60-day public comment period. It will then go back to council.

The council has also flagged it will shortly consider a separate amendment to current ‘build-form’ controls, based on proposals which emerged from the same study.

It is expected the amendment could lead to a relaxation of building height restrictions, while strengthening the provision of high-quality pedestrian and public access on private developments.

The Property Council of Australia’s WA division, which had been advocating an increase in plot base ratios, has welcomed the decision.

“This is something that we have been pushing on for some time and see it as a very positive step forward for the city,” PCA WA executive director Joe Lenzo said.

But high construction costs of multi-storey buildings in Perth often made the economic viability of such developments challenging.

The higher plot ratio bonus is also expected to allow for the development of more inner-city apartments priced in the $350,000 to $500,000 range, helping to deliver on the council’s strategic vision of a more dynamic and vibrant city.

Ms Scaffidi said that while the new bonus ratios would help to encourage investment in new hotel capacity in the city, the state government still needed to deliver on key recommendations from the Hotel Investment Incentives Package released in October last year. The package suggested a number of initiatives to help boost investment in new hotels in Perth.

Tourism minister Kim Hames has noted that the incentives, including the release of more Crown land for the development of new hotels, offering concessional rates on leasehold land and also designating land under government control for future hotel and short-term accommodation development, would be granted on a case-by-case basis.