Perth a city on the move

Walk down many major city streets these days and there seems to be a renewed sense of vibrancy and excitement. This is particularly true of Perth, where once shady, unloved laneways are being brought back to life with fashionable new bars, restaurants and shops springing to life on an almost-weekly basis. 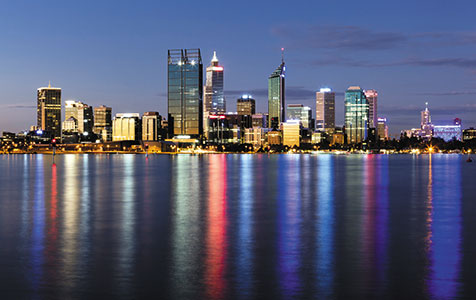 Walk down many major city streets these days and there seems to be a renewed sense of vibrancy and excitement. This is particularly true of Perth, where once shady, unloved laneways are being brought back to life with fashionable new bars, restaurants and shops springing to life on an almost-weekly basis.

The fact that large European fashion retailers TopShop and Zara have taken major space in the heart of the CBD further reinforces the idea that the city may indeed be on the brink of a retail comeback. But why?

The Australian Census Statistics over the past decade show a doubling of the inner-city populations in Australia's major cities. This resurgence of urban living has sparked intense apartment construction and a general gentrification process, which leads to public sector investment increases and in turn boosts demand for lifestyle goods and services. This creates a feedback loop, which further enhances the appeal of the urban centre.

Nowhere in Perth is this more apparent than in the King Street end of the city, where the designer brands have set up home alongside fashionable new apartments and a host of critically acclaimed restaurants, bars and cafes. The BHP Billiton development breathed new life into some of the city's historic buildings and put a huge chunk of the city back on the map.

This trend has also been seen in the UK, particularly in London, where many of the major retailers are finding their way back into spaces they originally abandoned in favour of large out-of-town malls.

Simon Roberts, managing director UK and Ireland of Alliance Boots – one of the largest UK retailers explained that his business knew customers' needs were changing and there was a greater focus on convenience, sense of community and personal service.

"That affects why they visit the high street ... this is something retailers need to respond to," Mr Roberts said.

In WA, local suburbs have pushed up parking prices so much that it is actually cheaper to park in the city than to attempt to pop in to shopping strips like Subiaco – vacancy rates would seem to suggest the same.

Then there is what I like to call the 'shiny new' factor. People like to shop in aspirational environments. Places where they see a little luxury, escapism and glamour. Claremont Quarter is one such venue here in WA, Westfield in Sydney CBD is another; these are shiny and new venues, recently finished to the highest standards and the flagships of their proprietors.

Many of Perth's other existing shopping centres are due for a facelift – a costly and time-consuming task. The city centre, on the other hand, has already undergone a significant regeneration. It is already new, if not shiny and it's more grungy side only serves to make it fashionable. We love the glimpses of graffiti, once vandalism, now art – the old buildings once unfashionable now historic.

Clearly the state government has a keen eye on the development of the CBD, with the Elizabeth Quay project breathing life into Barrack Street precinct.

On the other side of the city we have the expansive opening of the city to Northbridge and the integration of residential, retail and office spaces.

So my money's on the city centre – and it's a good thing. We need our CBD to more than just office workers and bank headquarters. We need it to be artistic, vibrant, and lively. We need it to stay open late and be a true destination. Let's embrace it, and let's invest in it.