Ambitious plans to attract more visitors from outside Western Australia for next year’s Perth Festival and beyond are top-of-mind for executive director Nathan Bennett. 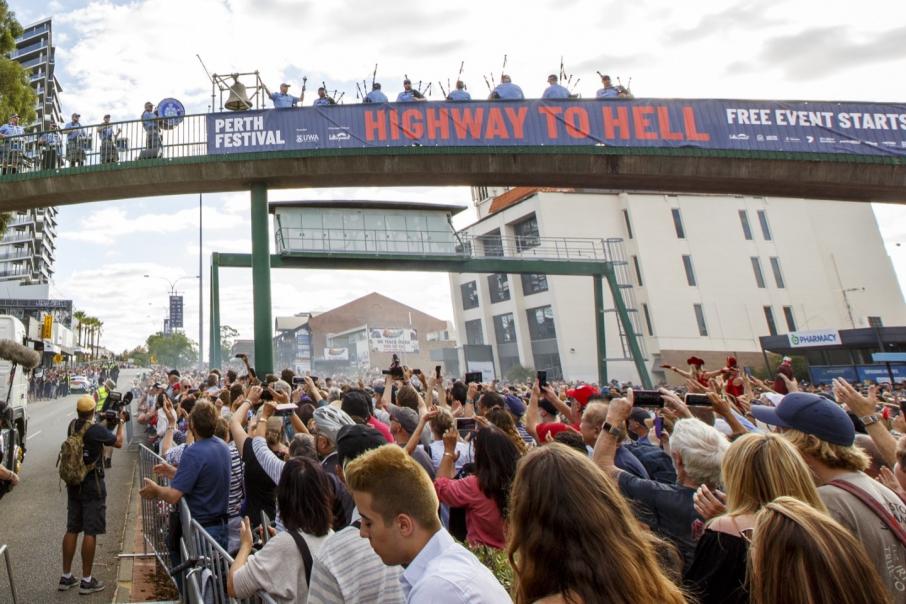 Ambitious plans to attract more visitors from outside Western Australia for next year’s Perth Festival and beyond are top-of-mind for executive director Nathan Bennett.

Mr Bennett said the festival had always been an event for local people, but he was increasingly targeting tourists from interstate and overseas.

“We are in the first year of a four-year partnership with Tourism WA that is partially for event support [for bigger events], but also for destination marketing we are using to draw people to Perth,” Mr Bennett told Business News.

Among those major events this year was the Highway to Hell extravaganza that closed the festival.

The brainchild of Perth Festival artistic director Iain Grandage, who curated his first of four festivals this year, Highway to Hell attracted about 150,000 people along a 10-kilometre stretch of Canning Highway to witness and participate in a tribute to former AC/DC front man Bon Scott.

Mr Bennett said it was a once-in-a-generation event.

“We have a history of delivering large-scale free public events for the community and I guarantee we will have something equally good for next year,” he said.

Previous Perth Festival free events Boora Waanginy in Kings Park in 2019 and The Giants in 2015 reached 202,328 and 1.4 million people over a number of days, respectively.

While Cloudstreet is playing at His Majesty’s Theatre until March 15 and the Lotterywest Films program runs through to April 5, Perth Festival anticipates it will achieve a small increase in box office sales from $5.4 million in 2019 to $5.5 million in 2020.

“It’s too soon to have a final result but we are tracking well to exceed that $5.5 million target,” Mr Bennett said.

The year-on-year increase is small compared to the prior year, with box office sales increasing from $4.3 million to $5.4 million from 2018 to 2019.

“Last year, which was Wendy’s [Martin] final year, we had a very big production of the Magic Flute, which had a very significant box office target so I think that really gave it a bit of a bump, and we’ve seen pretty steady year-on-year growth,” Mr Bennett said.

Box office sales at Perth’s other major summer arts event, Fringe World Festival, were down this year from $12.1 million in 2019 to $10.6 million in 2020, despite an increase in attendance.

Fringe World attributed the decrease in sales to cheaper tickets and shows choosing not to perform extended seasons.

Mr Bennett said Perth Festival, which traditionally attracted a more select audience, and Fringe World, which appeals to a wide audience with over 700 shows, were complementary events and could help each other reach broader audiences.

“I think visitation, which is a huge priority for us, is an opportunity for us to work together, and there are a few examples of that,” he said.

“We had co-branded material that sat in most hotel rooms in Perth in the city.

“We have talked about how we can coordinate destination marketing campaigns to leverage the fact that Perth is one of the greatest cities in the world at festival time.

“People don’t necessarily need to make the decision based on Fringe or Perth Festival but the sum of the parts is what is attractive.”