The state government has spent $3.5 billion over the past decade in the CBD and the Swan River foreshore, generating an expected $8.2 billion worth of spending by the private sector, but making all the pieces work together remains a significant challenge. 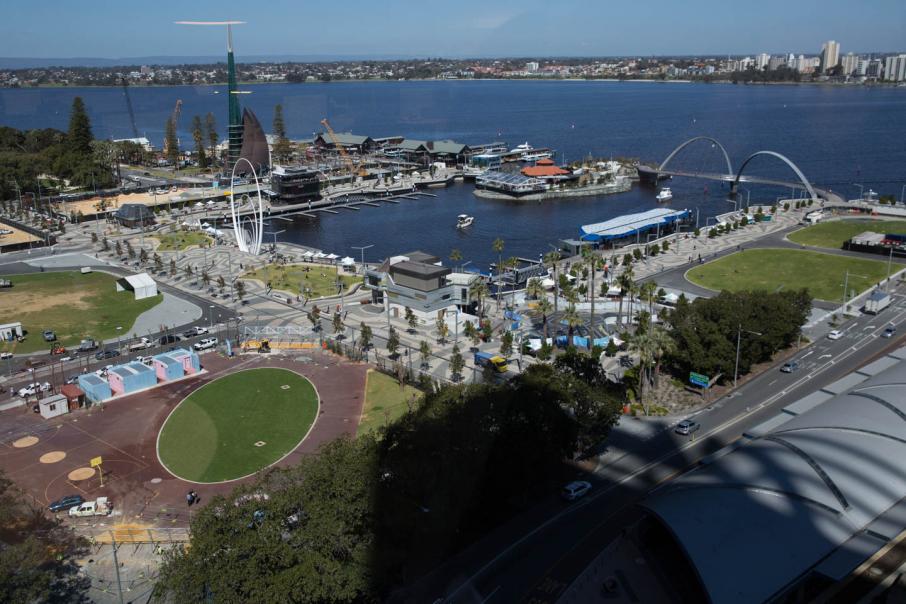 The state government has spent $3.5 billion over the past decade in the CBD and the Swan River foreshore, generating an expected $8.2 billion worth of spending by the private sector, but making all the pieces work together remains a significant challenge.

The major infrastructure investments made in the city during the past 10 years have had a significant effect on the amenity of the CBD and surrounds, adding significantly to the city's standing as a business centre and tourist destination.

Elizabeth Quay, Northbridge Link, Waterbank, Perth Stadium, the new Museum, Cathedral Square and Perth Arena have and will continue to change Perth’s cityscape for the better.

Private investments include a raft of new office towers and precincts and the advent of several new hotels, not to mention the plethora of cafes, bars and restaurants that have set up business in the CBD in recent years.

So what’s the problem?  For starters the economy and a contraction in demand for office space by businesses close to the resources sector and an influx of new office stock has led to the CBD office vacancy rate climbing to a 20 year high of 21.8%.

A flight to quality by existing CBD office tenants taking advantage of competition in the market and moving to higher grade accommodation is resulting in much higher office vacancies in older buildings, particularly in the eastern end of the CBD.

Higher CBD office vacancies mean fewer CBD workers, which are the mainstay of the CBD retail sector and CBD eateries.

The new CBD attractions like Elizabeth Quay, the Link and the Stadium and others are also widely dispersed geographically, which has the effect of stretching the CBD.  This is fine because it has the effect of activating the area but it also puts pressure on transport linkages in the CBD.

The CBD is also facing stiff competition from the major suburban shopping centres that are all undergoing a renewal into major activity centres that will compete with the CBD for retail and entertainment offerings.

So what’s the solution?  Fundamentally, the Property Council is calling for a new plan for the CBD that strategically links up all the major improvements and new attractions and responds to the internal and external challenges.

Here are some initiatives that would need to be considered in a new CBD plan.

With major projects such as Perth Stadium, Perth City Link and Elizabeth Quay all well underway, connectivity is another major issue that Perth must address.  The CAT bus system is great but it’s not direct and it needs a central transport spine like a CBD light rail line, possibly down St George’s Terrace.

Other cities have addressed the emerging problem of rapidly deteriorating older commercial buildings by incentivising the upgrading or re-adaption of aging buildings.  One solution taken up in Sydney, Melbourne and Adelaide is the creation of Building Upgrade Schemes.  This requires State legislation to allow local authorities like the City of Perth to bring building owners, tenants and financiers together and agree to terms for the upgrade of an old building.  The local authority would then facilitate the upgrade through its planning processes.

New industry precincts in the CBD

One of the benefits of spreading the major projects around the CBD is the potential to create new precincts in the CBD.  Much like Cathedral Square which has become multi-use precinct including legal, civil and hospitality uses, other precincts can be created to be the attractors of new industries in the CBD.  This could be backed up with a marketing campaign around business attraction in the CBD.

Competition is heating up as suburban activity centres are going through multi-million dollar redevelopments, this will only increase the attraction of staying in the suburbs to shop, dine and do business.  Facing up to this competition won’t be easy; however the retail sector in the Perth CBD could consider a similar overhaul if we are to compete with these emerging markets.

Plans to develop a cinema in Raine Square as well as other entertainment offerings, and the imminent upgrade of Forrest Chase are good examples of the CBD responding to the suburban challenge.

The Perth CBD is in a much better position than other cities that have faced this challenge.  We have the infrastructure and there is more coming.

Now we need a new plan to capitalise on our CBD assets.