Passenger numbers at Perth Airport have fallen more than 1 million since April last year, with the airport also raising concern about its financial position after being left with outstanding payments from its two largest airlines. 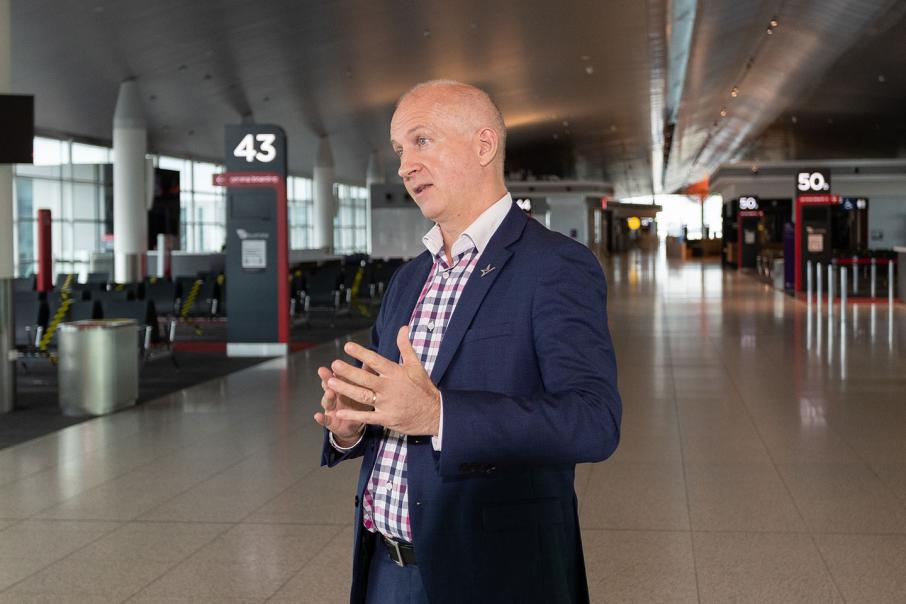 Passenger numbers at Perth Airport have fallen more than 1 million since April last year, with the airport also raising concern about its financial position after being left with outstanding payments from its two largest airlines.

This follows a loss of more than 300,000 passengers in March.

The collapse in passenger numbers has forced the closure of all retail outlets in the terminals as well as majority of the airport’s carparks.

With almost all of its revenue linked to passenger traffic, Perth Airport is anticipating a $100 million loss in revenue for the remainder of this financial year.

Chief executive Kevin Brown said international and interstate passengers usually made up around 75 per cent of the airport’s normal passenger load.

“Our passenger numbers and revenue have simply fallen off a cliff,” Mr Brown said in a statement today.

“You would most probably have to go back to the 1960s to see interstate and international passenger numbers as low as these.

“I feel there’s been a lack of awareness from government, business and the community about how devastating coronavirus has been for airports.”

However, the airport says even with FIFO traffic it does not receive payment from Qantas or Virgin.

Perth Airport said Qantas, which operated the majority of FIFO traffic, had not paid for its use of the airport since January, resulting in a $20 million hit to airport revenue.

The airport says it is also in talks with Virgin Australia, which entered into voluntary administration last month, alleging the airline owes $16.5 million in outstanding payments.

“Despite these challenges, Perth Airport continues to do the right thing by the FIFO workforce who are vital to Western Australia’s economy during this time of crisis,” Mr Brown said.