Perth Airport has revealed the full extent of COVID-19’s impact, with plunging revenue and passenger numbers and an expectation it will take up to four years to fully recover. 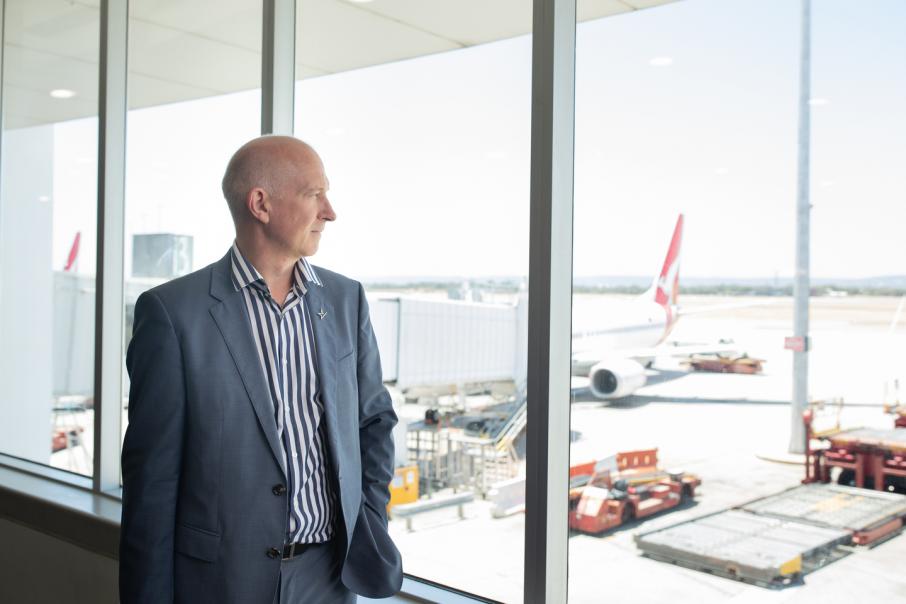 Perth Airport has revealed the full extent of COVID-19’s impact, with plunging revenue and passenger numbers and an expectation it will take up to four years to fully recover.

The private company that owns and operates the airport stayed in the black in the year to June 2020 but anticipates it will incur a loss in the current financial year.

Its annual accounts show that net profit from continuing operations fell to $56.7 million in FY20, down from $102 million in the previous year.

The number of passengers through the airport fell further, down 22.7 per cent to 11.2 million.

Chief executive Kevin Brown said the airport had been on track to hit 15 million passengers prior to the onset of COVID.

“We had eight exceptional months and then four months where it dropped off a cliff,” he said.

“We were the first to be impacted and will be last to come out,” he said.

“Even with controlled borders, we’re expecting interstate (flights) could take two to three years to recover and international up to four years.”

The airport expects just 4 million passengers in the current financial year, with about 80 per cent of those being fly-in, fly-out workers.

Intrastate traffic to destinations such as Broome, Albany and Esperance had provided only a small uplift.

Mr Brown expects interstate travel will not reach meaningful numbers until April next year, which he believes is consistent with state and federal government thinking.

The bottom line is that the airport is expected to incur a net loss in the current financial year.

Its operations will be roughly cashflow neutral but the airport will need to continue borrowing to fund necessary upkeep and maintenance of its assets.

Mr Brown said operating costs were running at around 55 per cent of pre-COVID levels but could not be cut further because of the need to maintain operations.

The airport has cut 90 staff from its payroll, with its total headcount down 27 per cent to 240.

Mr Brown said most staff were on a 4-day week or 9-day fortnight while executives had taken a pay cut.

The airport’s net profit in FY20 was worsened by some one-off factors.

It recorded a $38 million write-down in the value of investment properties and made a provision of $14.8 million to cover money owed by Virgin Airlines.

This is likely to be partially written-back once the sale of Virgin to private equity group Bain is completed.

On the flipside, the airport’s reported loss was reduced by a big reduction in finance expenses, associated with the accounting treatment of interest rate swaps and currency exposures.

Mr Brown emphasised the airport was continuing to focus on long-term planning.

It was also proceeding with planning for major capital projects.

These include a third runway and associated taxiways, at a cost of $820 million.

That will help the airport deal with the bottlenecks it faces most mornings between 5am and 7.30am, when FIFO services are at their busiest.

The airport is also continuing to plan for a major new terminal building, at an estimated cost of between $800 million and $900 million.

That would see Qantas shift from terminals T3 and T4 and consolidate its operations with all other interstate and international operators.

Mr Brown said the airport remained focused on long-term growth opportunities, in markets such as Vietnam, Taiwan and South Korea.

“We don’t just want to see our traffic back, we want to see new opportunities as well,” he said.

He emphasised that each new direct route created jobs in the local economy, through tourists, international students, conferences and export opportunities.

Perth Airport is assuming the ‘Zoom’ factor will cut traffic by only about 10 per cent, contrary to suggestions by some pundits that airline travel will plummet as people opt for video conferencing.

PADG is owned by a number of major superannuation funds and investment groups and is led by acting chair Lyndon Rowe.

The company paid an interim dividend in December last year but has not proposed a final dividend.