Buyers will this year be able to start reserving blocks at the Perry Lakes Stadium site, where preliminary works to transform the area into a housing estate is about to begin. 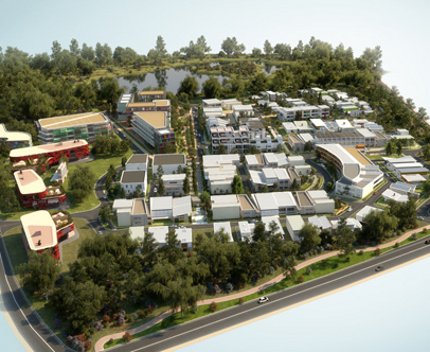 The architectural impression for the Perry Lakes Stadium site, which will be transformed into a housing estate.

Buyers will this year be able to start reserving blocks at the Perry Lakes Stadium site, where preliminary works to transform the area into a housing estate is about to begin.

During a site visit today, Planning Minister John Day said preliminary work had started this week and civil works on Stage 1 of the housing development would begin early next month.

Mr Day also released the architectural impressions for Perry Lakes, showing for the first time what the residential development would look like.

"Many Western Australians have memories of Perry Lakes Stadium from the 1962 Empire and Commonwealth Games, school athletics carnivals and community events," he said.

"The tired old stadium has been replaced with the new WA Athletics Stadium at AK Reserve, and the State Government, through Landcorp, is ready to start work on this development."

The Minister said Perry Lakes would incorporate the modernist style which was reflected in the stadium and other civic buildings at the time.

- Garden Precinct - adjacent to the perimeter trees and open spaces;

- Track and Field Precinct - towards the centre of the development, reflecting the original 400m running track;

- International Precinct - in the heart of the redevelopment reflecting formal modernist design; and

Stage 1 of the Perry Lakes Redevelopment would include the demolition of the old rugby clubrooms, remediation of the original warm-up track under the rugby oval and removal of the terrace seating surrounding the running track. The Sir Thomas Meagher Pavilion and basketball stadium will be removed in Stage 2 works commencing in 2011