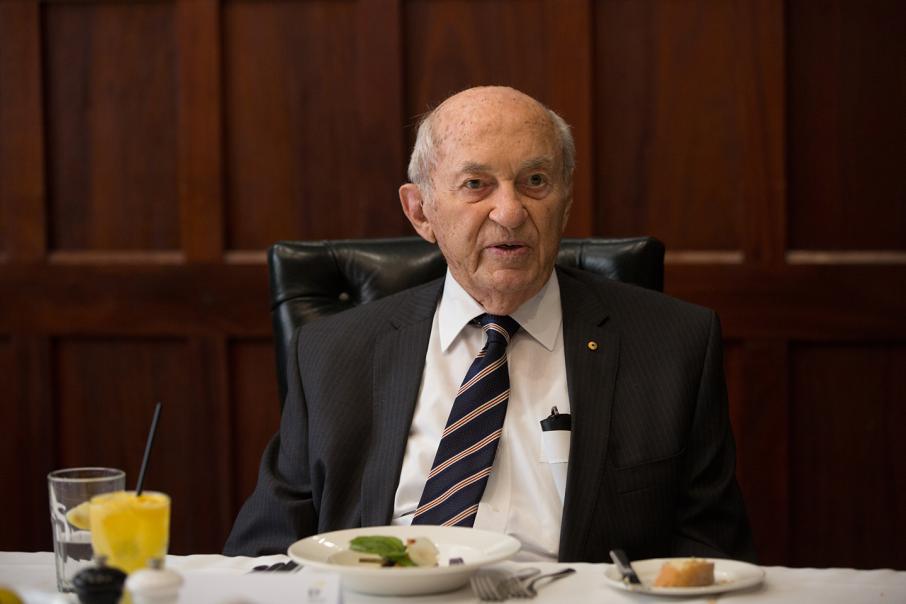 Stan Perron was nominated by Foundation for the WA Museum. Photo: Attila Csaszar

Mr Perron was nominated by Foundation for the WA Museum, after it received a $1 million donation this year from the Stan Perron Charitable Trust for its Discovery Endowment Fund.

Ms Fini was nominated by Black Swan State Theatre Company and recognised her role in initiating key sponsorships and nurturing existing and potential donors over 10 years.

Ms Fini has also personally contributed as a member of the White Swans and Patrons Club giving circles.

Culture and the Arts Minister David Templeman, who initiated the awards last year, acknowledged the outstanding contributions of these philanthropists.

Andrew and Nicola Forrest, along with Automotive Holdings Group and Gage Roads Brewing Company, were among other award recipients

"We honour these people for being champions of our arts and cultural scene,” the minister stated.

“Because of them, more people can enjoy the arts in our community and they help ensure we all have a vibrant scene to enjoy.”

Automotive Holdings Group became the Perth Symphony Orchestra's foundation partner in 2012 after representatives from the company saw the orchestra perform.

It provided base finance and business and marketing support while the Orchestra was only a few months old and before it had concerts in the diary.

The Forrest’s Minderoo Foundation was nominated by Foundation for the WA Museum.