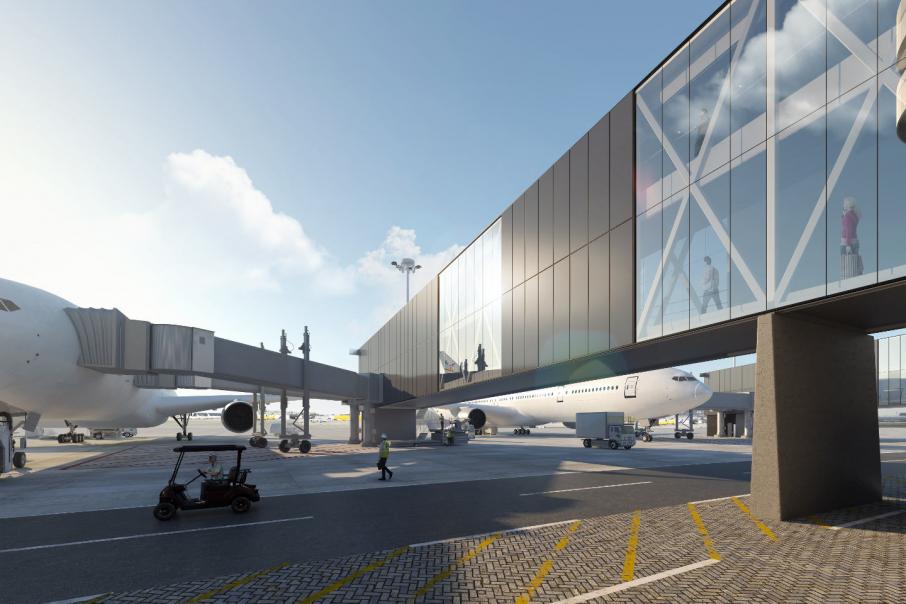 Perkins has been selected to deliver a significant upgrade for international travellers at Perth Airport. Image: Perkins

At Kemerton, Perkins will design and construct corporate and operational areas for Albemarle’s lithium hydroxide processing facility, which is under construction in the South West.

Facilities to be built by Perkins include administration areas, a central operations building, a control room, gate houses and laboratory areas.

Perkins will also construct emergency services and medical buildings, a mess hall and carparks and landscaping for the project.

Workshop and engineering maintenance facilities round out the scope of works.

Design work is underway, with construction expected to start later this year.

Perkins said it had worked closely with Albermale and its energy services partner Wood to execute the contract and meet local content requirements.

Meanwhile, Perth Airport has appointed Perkins to replace stairs and aerobridges at three gates at the airport’s Terminal 1.

Perkins will build new ramps and lifts to eliminate the need for international passengers to traverse stairs to access flights.

Construction is expected to start in March and be completed by June next year.

“This next wave of investment gives us the chance to fix the problem as we upgrade the international terminal and bring all flight services into one central aviation hub, delivering an airport that has the amenity, capacity and efficiency to deliver passengers a seamless, quality travel experience,” Mr Brown said.

“The construction of the ramps and lifts will be delivered in stages with one gate at a time decommissioned for about four to five months.”