The wheel has turned for the Harry Perkins Institute of Medical Research biggest fundraiser. 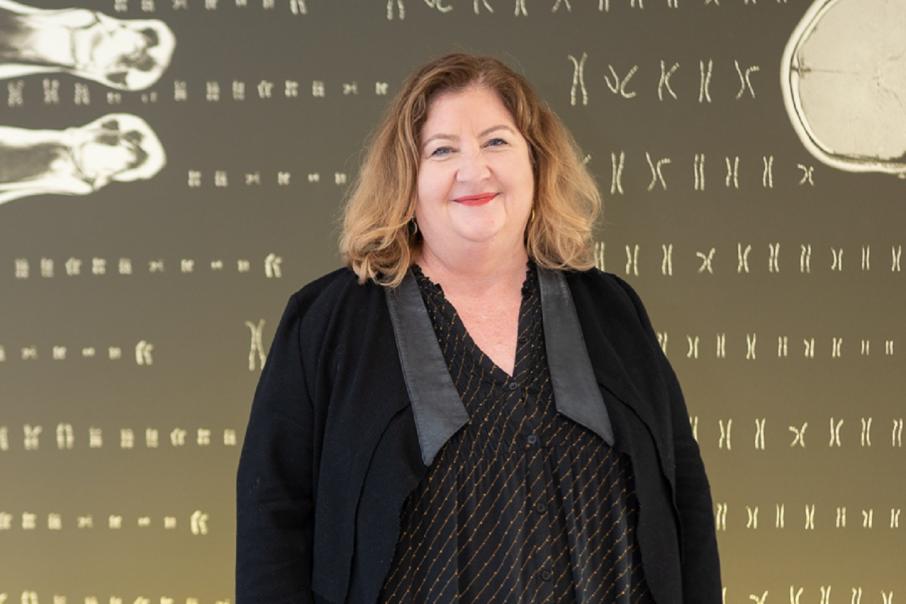 Declining participation rates, stagnating donations and difficulties with a third-party organiser were among the drivers behind the Harry Perkins Institute of Medical Research move to bring its $4 million fundraiser in-house.

The event, then called Ride to Conquer Cancer, started in 2012 and was run entirely by a US-based thirdparty company which organised similar fundraisers for different charities nationally.

The ride became one of the most successful fundraisers in Western Australia, bringing in $5.2 million in 2014.

However, rider numbers and fundraising totals began declining in subsequent years and the institute realised the third party’s operating model no longer suited its audience.

“We got survey results from the riders, too, saying they didn’t like the heavy-handed approach to the marketing.”

Ms Gibbs said some of the marketing did not translate well into the local context and was not relevant to Perkins’ cause or that of participants.

The issue came to a head on the day of the 2018 ride when the two organisations decided to end their partnership.

“It was the eleventh hour; it was the day of the 2018 event where a contract was signed between the Perkins and this third-party company where we parted way,” Ms Gibbs said.

“It was quite dramatic.”

Planning for the 2019 ride was due to start straight after the 2018 event finished, but copyright issues meant the institute had no marketing materials.

Ms Gibbs said although the thought of creating the event from scratch was daunting, the timing was right to refresh the ride.

“Most big events have a seven-year lifecycle, so if you do something after seven years, it starts going backwards,” she said.

“We knew this was a really good time to change the brand, reinvigorate the event, risky for us, but we thought if we did it, we would be able to retain a lot more people.”

After convincing the board she could run the event in-house and it would either raise more money or attract more participants, Ms Gibbs started rebuilding the fundraiser.

“For the first seven days we had to rename the event, we had to design the logo, call our very loyal, very understanding major sponsor, MACA, and let them know that the brand that they loved and felt very passionate about had now disappeared and we were renaming it something completely different,” Ms Gibbs told Business News.

“Then we had to call all the major team captains, email all the riders, we had to set up an online temporary registration portal until we could actually get one in place.”

The event was renamed the MACA Cancer 200 Ride for Research, for which Ms Gibbs assembled a team capable of creating marketing materials in-house, including a videographer, graphic designer, events producer and data analyst.

Among the recruits was Steve Currie, from the resources sector, who came on board as relationship manager to connect with the 60 to 70 per cent of ride participants who came from the industry.

“Because he could speak their language, they started to trust him,” Ms Gibbs said.

Everything the organisation did became donor centric and rotated around the question, ‘How is this going to make the participant feel?’, Ms Gibbs said.

Initiatives, including the Honour Roll which provided special privileges to those who raised more than $4,000, were rolled out to engage participants. 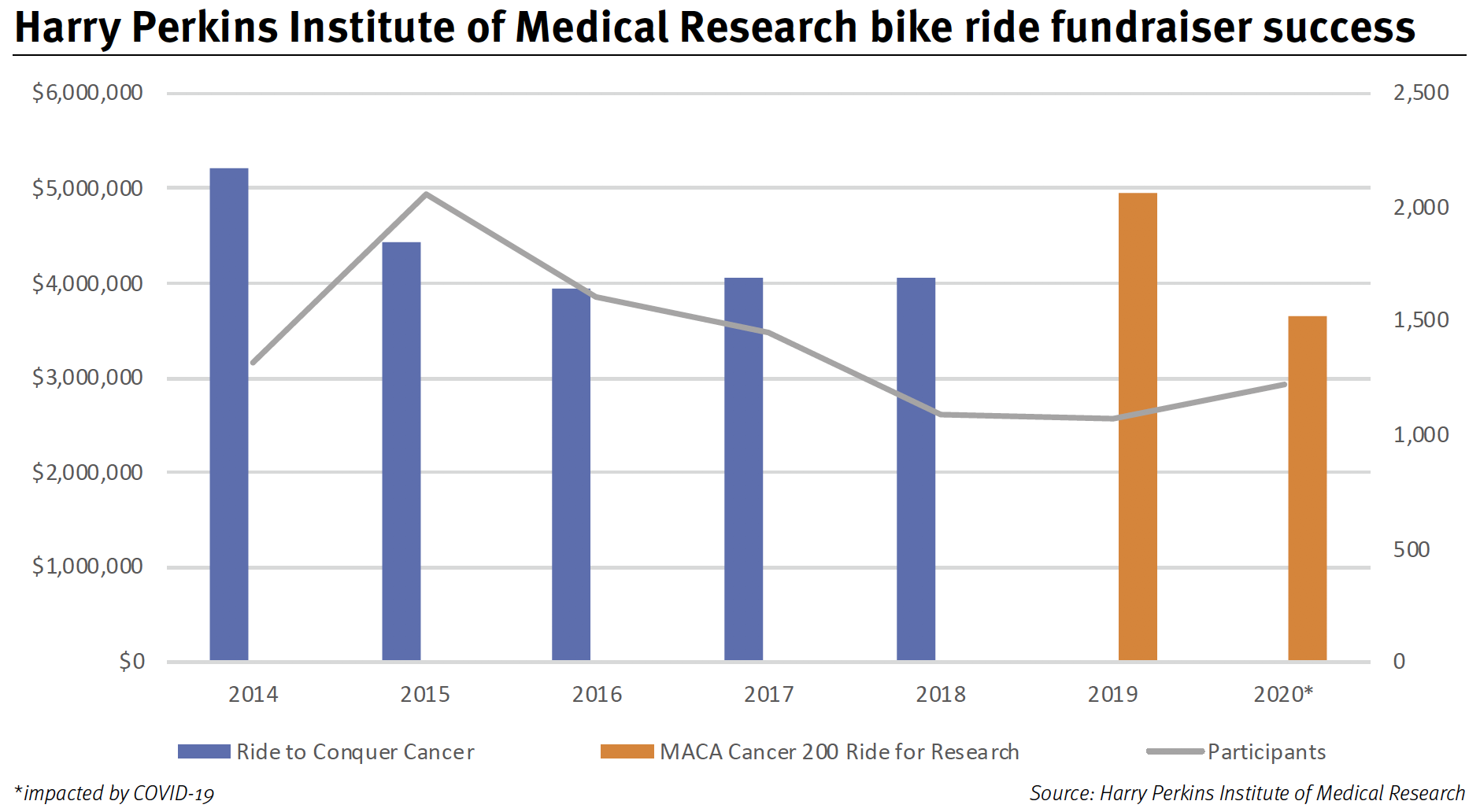 The final tally reached nearly $5 million, up from $4.1 million in 2018, with a similar number of riders participating. The costs of running the event were also reduced.

“We were able to retain more and able to bring back some of those riders who had lapsed, who hadn’t ridden for a couple of years,” Ms Gibbs said.

The 2020 ride was modified due to COVID-19 restrictions, and it became a challenge where riders mapped their own routes.

It was expected the altered format would raise $1.9 million, but the event instead raised $3.7 million from about 1,200 participants.

The Harry Perkins Institute of Medical Research was recognised for its work transforming the event at the Fundraising Institute Australia awards earlier this year.

“We won for best supporter experience, which I was really proud of because that’s really where it started from, making sure that our participants were really looked after and loved and shown the gratitude that we feel for them because of what they have done for us,” Ms Gibbs said.