Perilya has today appointed a new chairman after Chinese company Shenzhen Zhongjin Lingnan Nonfemet Co took control of the miner a month ago.

Perilya has today appointed a new chairman after Chinese company Shenzhen Zhongjin Lingnan Nonfemet Co took control of the miner a month ago.

Zhang Shuijian will take over from Patrick O'Connor, who will remain on the board as non-executive deputy chairman.

Mr Zhang will be the non-executive chairman.

The appointment is part of Zhongjin's deal with Perilya where it subscribed to $45.5 million worth of shares to take a 50.1 per cent interest.

Perilya Limited (ASX: PEM) today announced the appointment of Mr Zhang Shuijian as Non‐Executive Chairman. Mr Zhang will take over the role from Mr Patrick O'Connor, who will remain on the Board and takes up the role of Non‐Executive Deputy Chairman.

Announcing the appointment, Patrick O'Connor said: "The appointment of Mr Zhang as Non‐ Executive Chairman will complement the existing skills of the Board. Mr Zhang is an experienced executive and we look forward to the contribution he will undoubtedly make through strategic leadership of the Board."

In accepting the role, Mr Zhang thanked Mr O'Connor on behalf of the Perilya Board and its shareholders for: "the strong leadership Patrick has shown through a difficult commodities period and the valuable role Patrick played in putting Perilya onto a stable footing."

CEO and Managing Director, Mr Paul Arndt added: "I would also like to express my gratitude for the hard work that Patrick has applied to the role and his efforts in securing Perilya's future in these difficult economic times."

Mr Arndt further added that "Mr Zhang's executive and resources' experience as President of Shenzhen Zhongjin Lingnan Nonfemet Co. Ltd., China's third largest zinc producer, will ensure continued strong leadership to the Perilya Board at a time when the Company is positioning itself for the future from its operations at Broken Hill, as well as its extensive asset portfolio.

I look forward to working with Mr Zhang and the Board to maximise the long term value of Perilya to shareholders." 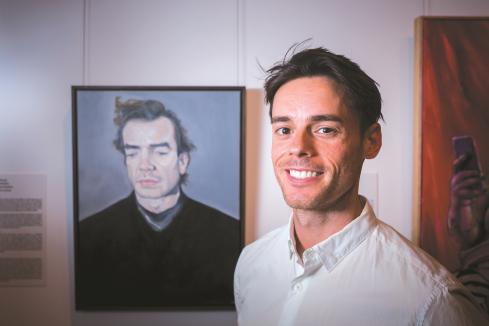