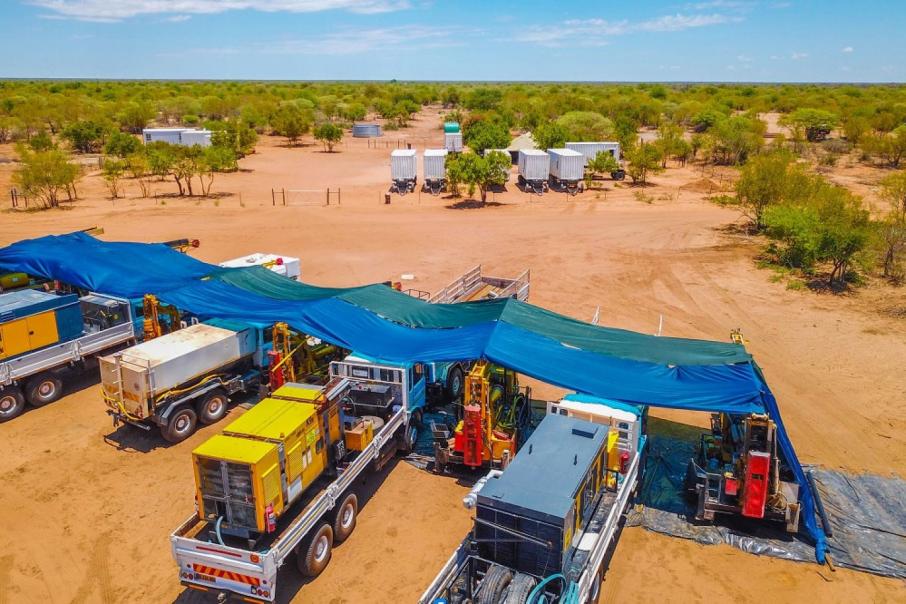 The contract, which has an estimated value of $US496 million ($A648 million), is the largest single operational contract for the project, Sandfire says.

It awarded the works to Perenti subsidiary African Mining Services, which will complete open pit mining services to the project’s T3 deposit for a little more than seven years.

Sandfire, which runs the DeGrussa operations near Meekatharra, in Western Australia’s Mid West region, expanded its overseas search for high-quality prospects in 2019 when it gained the Motheo copper-silver mine through its acquisition of MOD Resources.

It has proposed an initial 12.5-year operation through its Tshukudu Metals subsidiary.

The Motheo-T3 project, which holds a pre-tax net present value of $US316 million ($A451 million), was approved for development by the Sandfire board in December last year.

A feasibility study, based on a copper price of $US3.16 per pound, estimated the project would produce at a rate of 3.2 million tonnes per annum with the capacity to expand to 5.2mtpa.

Full-scale construction costs are estimated to be $US279 million ($A364 million).

Today, Sandfire said it would begin mine development works once the company secured the T3 mining licence, expected in the coming weeks.

In announcing the contract, managing director Karl Simich said Motheo was one of the very few new copper projects of scale being developed.

He said awarding the open pit mining services contract was a major milestone for the West Perth-based business.

“As one of the largest contract mining companies in Africa, AMS has vast experience working across the African continent, and with a strong focus on safety and sustainability, they represent a perfect fit with our organisation,” Mr Simich said.

“By partnering with a group with deep roots and strong community and stakeholder relationships in Africa, we have a unique opportunity to work together to create a lasting, positive legacy in Botswana and deliver significant sustainability and ESG outcomes.”

He said Motheo-T3 would create about 1,000 jobs during construction and 600 full-time jobs during operations.

Under the contract terms, AMS will partner with a local company through a 70:30 joint venture.

“From our perspective, we will be able to bring the high-quality operational skills and capabilities we have developed at our DeGrussa operations over the past decade and, together with AMS, work together to ensure we draw on the latest mining technologies to maximise productivity while ensuring the safety of our workforce at all times,” he said.

“We are excited to be working with Perenti and AMS to deliver a world-class mining operation that will continue to enhance Botswana’s position as a highly-rated destination for global mining investment.”

Sandfire also owns a majority stake in the Black Butte copper project in the US.

Open pit mining works under the Motheo-T3 contract are expected to begin in early 2022.

“Growing out footprint in Botswana is aligned with our 2025 strategy, to further expand into stable mining jurisdictions and pursue quality projects,” Mr Norwell said.

“The benefit of adding Motheo to the Perenti project portfolio is the opportunity to leverage our existing in-region operational presence at Zone 5 [a large-scale copper deposit] as well as partnering with Sandfire to develop Botswana’s next large-scale, highly productive, world-class copper mine.

“The Motheo project is another positive step in the ongoing transformation of our AMS business as we seek to create value and certainty for our client Sandfire and the Ghanzi community.”

Mining chief executive Paul Muller said the AMS workforce would have access to the latest mining techniques and technology.

“We are also excited about the opportunity to deploy future-focussed mining technology initiatives on this project that will not only provide expected productivity and safety benefits to Sandfire but are also aligned with helping to achieve our combined sustainability goals,” he said.

The Motheo project is located on the underexplored Kalahari copper belt, about 200 kilometres south-west of the Zone 5 project where Perenti, through its Barminco subsidiary, is providing underground mining services to private Botswanan company Khoemacau.