Uranium producer Peninsula Energy has secured $36 million in funding for the construction of the Lance uranium project in Wyoming.

Peninsula announced today it had reached a series of agreements with BlackRock Financial Management to raise $US22 million, through the issue of secured notes.

The notes will be issued at face value, and will mature two yaers from their date of issue.

The drawdown of the funds is conditional on the grant of the permit to mine at the Lance project, and Peninsula entering a satisfactory uranium sales agreement.

Meanwhile, Peninsula said it would raise an additional $14.6 million through an equity issue to BlackRock and Pala Investments.

Also, BlackRock has first right of refusal on Peninsula’s planned $US80 million debt financing due in 2013.

“Having BlackRock–managed funds as a debt funding partner and major shareholder is a solid endorsement of the Lance Projects,” Peninsula executive chairman Gus Simpson said.

“The ongoing relationships with BlackRock and Pala will accelerate our plans to become a significant uranium producer.”

At close of trade today, Peninsula shares were up 8.5 per cent, trading at 3.8 cents. 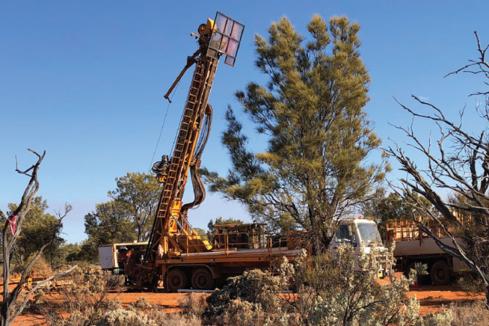